Getty Running back Devin Singletary #26 of the Buffalo Bills rushes the football against the Los Angeles Rams during the third quarter of the NFL game at SoFi Stadium on September 08, 2022 in Inglewood, California.

One of the most exciting aspects of Buffalo Bills quarterback Josh Allen‘s dominating performance over the Los Angeles Rams in Week 1 was his versatility. Allen went 26-of-32 for 297 yards with three passing touchdowns while rushing for 56 yards on 10 carries and a rushing touchdown.

While being a true dual-threat quarterback is impressive, watching the team’s $258 million star run the ball and continuously put himself in a position to get hit is a nerve-wracking experience for everyone — except for Allen.

Bills running back Devin Singletary told reporters after the Bills’ 31-10 victory over the Rams how Allen deals with getting hit, and it’s almost maniacal.

If you thought the Josh Allen stiff arm was epic, consider he did it while laughing at the defender.

Devin Singletary explains the play from his vantage point on the field.

"They weren't too happy about it, but it is what it is. They got to deal with it."#Bills pic.twitter.com/FRtrcnCXpw

Learning Allen literally laughs in the face of Rams defensive stars such as Aaron Donald and Jalen Ramsey has to be unnerving for the Bills upcoming opponents. Especially since the 6-foot-5, 237-pound quarterback isn’t afraid to play defense himself. Allen leveled Rams safety Nick Scott with a stiff arm to rush six yards for a first down during the opening drive of the second half.

Singletary said of Allen planting Scott, “While he’s doing it, he’s laughing. That just turns you up even more. I heard a couple F-bombs (from the Rams), they weren’t too happy about it. But it is what it is… they gotta deal with it.”

Allen downplayed the hype over his stiff arm. “Just trying to make a play for the team, just doing what I can do to try to get first down,” he said after the game “That’s it. You know, guys appreciate that. I play hard. I want to win games no matter how I can do it.”

Singletary Had Strong Performance Against the Rams 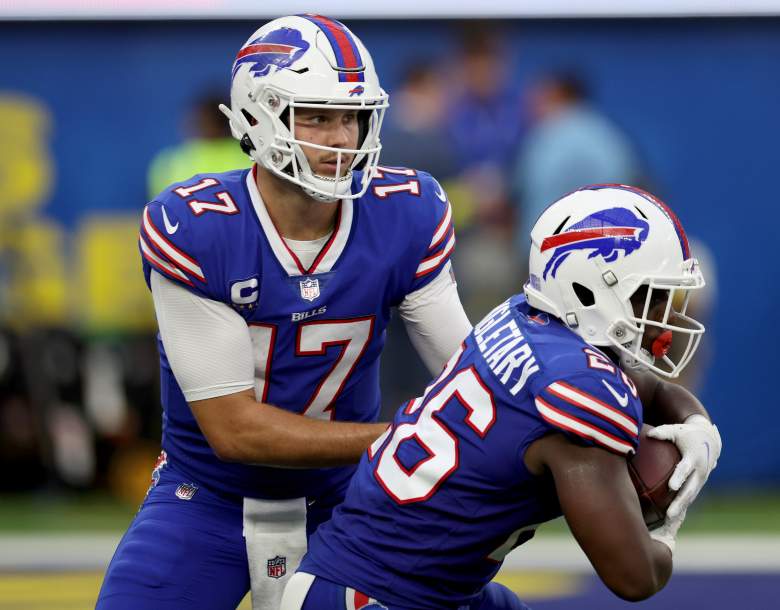 GettyJosh Allen #17 of the Buffalo Bills hands off to Devin Singletary #26 during the game against the Los Angeles Rams in the 2022 NFL season opening game at SoFi Stadium on September 08, 2022 in Inglewood, California.

Singletary further solidified his role as the Bills’ RB1 during the team’s season opener. Not only did he rush for 48 yards on eight attempts while averaging six yards a carry, but he also recorded 14 yards on two receptions, as he was the only running back to not record a fumble.

While Zach Moss finished the game as the team’s second-leading rusher with six carries and six targets, it was Allen who took third place in rushing yards. Unfortunately, the Bills’ second-round pick from the 2022 NFL Draft, James Cook, had a rough start during his first professional game, fumbling on his very first carry, after which he was a non-factor on the team’s offense.

However, there’s hope Cook to turn things around. Bills head coach Sean McDermott said during the postgame press, “We try and allow the player to reset and then get back out there. I thought (running backs) coach (Kelly) Skipper did a good job with allowing that time to take place. Then James was back out there for a couple… plays, I think, through the rest of the game. So I think that’s better than a player having to not go back out there and then sleep on it and not having a chance to kind of make up for the mistake, if you will. I think that’s something he’ll learn from and he needs to learn from. We can do a better job with it overall, as a team, as well.” 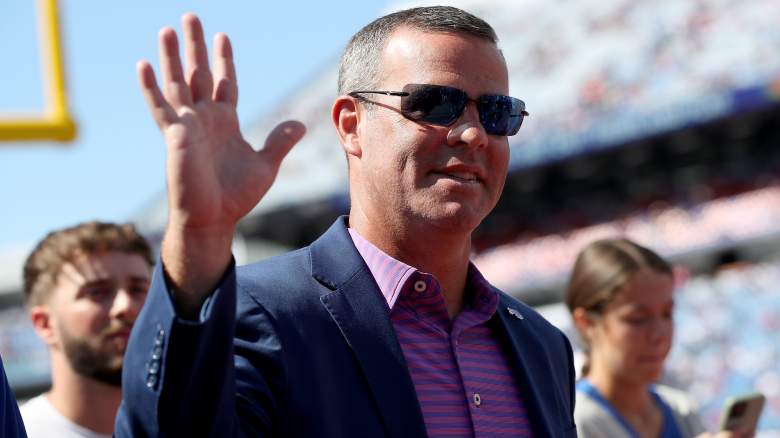 GettyGeneral Manager Brandon Beane of the Buffalo Bills waves to fans prior to a preseason game against the Indianapolis Colts at Highmark Stadium on August 13, 2022 in Orchard Park, New York.

Singletary, 25, is looking to make a statement this season, as the Bills’ former third-round pick from the 2019 NFL Draft is one of several key players on an expiring contract, a list that includes All-Pro safety Jordan Poyer, 31, and linebacker Tremaine Edmunds, 24.

The Bills picked up Ed Oliver’s fifth-year option in April, which locked in the 24-year-old defensive tackle through the 2023 NFL season and came with a $7 million raise in salary. And then one day before the season opener, the team offered tight end Dawson Knox, a four-year, $53 million extension.