Sam Smith, author of Jordan Rules and lead writer at Bulls.com, was rolling in nostalgia on Wednesday night.

Williams does share some similarities with Pippen: both high school point guards who hit growth spurts in their late-teens; both were among the biggest draft risers in their class; both were touted for the defensive versatility they’ll bring on Day 1.

Smith’s assertion is not claiming that Williams, who did not start in college, will be the next Pippen, but it does set a precedent of what to expect from Williams early in his career. 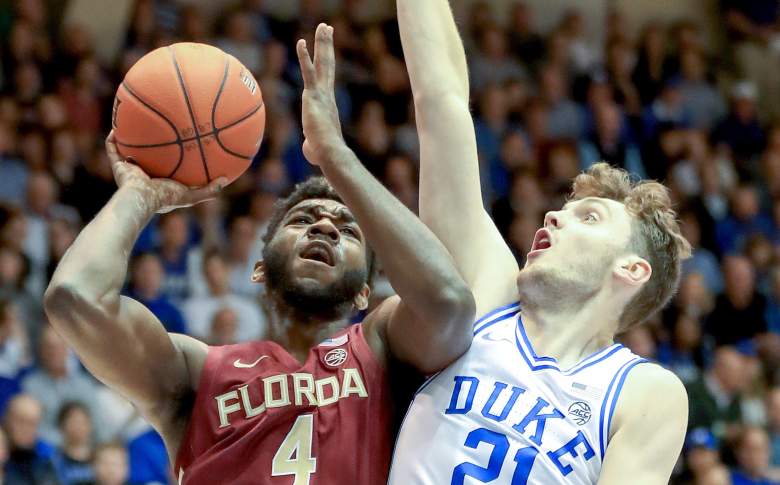 GettyPatrick Williams was unknowingly compared to Scottie Pippen by the Bulls.

Smith raised the point that Karnišovas was speaking similar to how Krause was of Pippen.

Karnišovas denied it was an intentional comparison, but replied “Scottie, he was a very good player in the NBA. I just think that when (Williams) played point guard in high school he was very small. I think he grew, like eight inches in high school. But he kept his skill set and that is valuable. So when he got to Florida State, he was obviously ready.”

Williams averaged 9.2 points, four rebounds, one assist, one steal and one block per game as the ACC Sixth Man of the Year as an 18-year-old at Florida State. Williams not starting in college led to a frenzy of critiques of the Bulls’ pick, however, Karnišovas saw Williams trending in the right direction. Had there been March Madness, Williams may have made himself more of a household name.

“I didn’t agree with [the] perception people have of him,” Karnišovas said. “They thought he is a raw athlete and he wasn’t skilled. When I saw his skill level and ball handling and shooting and ability to pass, I would disagree he’s that raw athlete. He knows how to play. He’s a versatile defender who can guard one to five. I don’t even know what position he is. If you watched Florida State games even after baskets he would be full court pressing on guards. That’s a very unique skill for such an athletic and big player.”

“He got to Florida State’s campus when he was 17 years old Watched his improvement through the year from game to game; he became more aggressive, took more charge, attacked the basket more, shot the ball better,” Karnišovas added. “To get a player (who) just turned 19 in August to be that level of maturity at this point and a willingness to learn, it’s hard to find. The more we studied Patrick, the more we liked him.”

While the pressure is on for the franchise to deliver a postseason appearance, Williams was not drafted with the expectation to be a two-way star from the jump.

Pippen was a reserve player his rookie year before he developed into a Hall of Fame and all-time top-50 player. Those expectations are unrealistic for any rookie and even Pippen on his draft day.

Although, Karnišovas does believe they have something in Williams and hopes this is the last time the Bulls are picking in the top five of any draft.

“Hopefully we’re never going to be in this situation again and pick that high. So this was the opportunity to get it right,” Karnišovas said. “Patrick was our guy.”