Getty Patrick Williams was unknowingly compared to Scottie Pippen by the Bulls.

The Chicago Bulls entered Wednesday’s NBA Draft under entirely new management. It was the first draft since 1986 where someone other than Jerry Krause or John Paxson was behind the decision making.

Skepticism has already seeded into the fan base of whether or not new executive vice president of basketball Artūras Karnišovas delivered, selecting Florida State prospect Patrick Williams with the fourth overall pick in the draft.

Williams didn’t start in a single game in his 29-game college career behind a deep starting Seminoles group, however, his college coach, Leonard Hamilton, had the perfect rebuttal in defense of Williams not starting games.

Williams turned 19 on Aug. 26 as the youngest collegiate player in the draft. Leonard added that what Williams lacks in experience, he makes up for in “physical maturity.”

“How many guys do you know who are physically ready at 19? You’re getting a guy who will make everyone in Chicago very happy,” Leonard said. 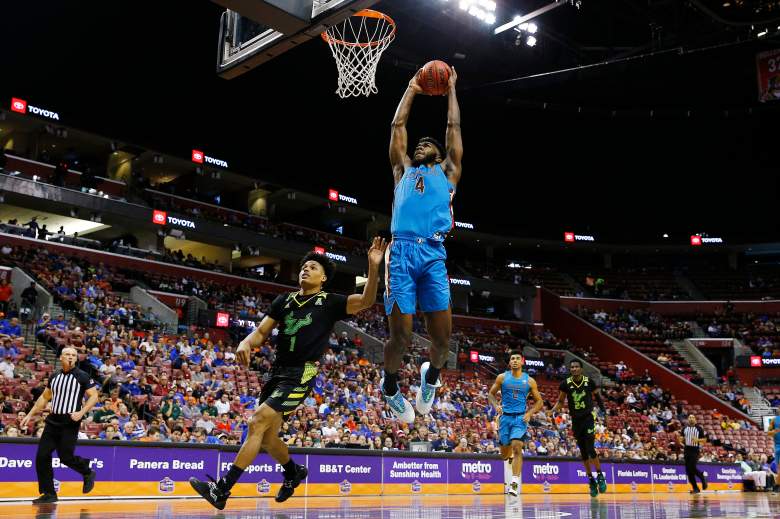 Patrick Williams played limited minutes in his one college season, however, it was enough to earn ACC Sixth Man of the Year honors.

The Seminoles play a positionless style of basketball akin to the modern NBA that led Florida State to have nine different lead scorers en route to an ACC Championship and finishing the season ranked No. 4 in the country.

Williams, who won ACC Sixth Man of the Year honors, spoke on his role in a system that Karnišovas has strived to implement in his first year with the Bulls.

“It just taught me how to do your part — whatever your part is, whether that’s coming off the bench or whether that’s starting and playing big minutes, it just taught me to do my part and do it well,” Williams said, per 670 The Score. “Coming off the bench and not starting, with (getting) maybe 12 minutes (initially), I think you see that I did well that 12 minutes and then toward the end of the season, those minutes increased. And I kind of just embraced that role. In the NBA, it’s all about roles. Everybody can’t be a LeBron James from Day 1 or a Michael Jordan from Day 1. You got to embrace your role and do your role well, then you’re trusted with more.”

Williams averaged 9.2 points, four rebounds, one assist, one steal and one block per game in his freshman year and projects to be a Day 1 defensive contributor with his physical tools and a potential playmaker and scorer in the future.

“I’m blessed with dreams bigger than draft night,” Williams said moments after he was drafted. “I’m grateful for it for sure, but there’s work to be done.”

Karnišovas: ‘Patrick is a Physical Specimen’

Karnišovas spoke to local media following the draft and was not shy about his excitement in bringing Williams to Chicago.

“It was a great night,” Karnišovas said. “Selecting Patrick who is a physical specimen, one of the youngest prospects in the draft class. Defensive versatility is what we liked. Long arms. Big hands. Such an upside and potential. This is what the NBA is today. He can play from 1 through 5. Played point guard in high school. Humble kid that is mature beyond his years,” Karnišovas said.

When asked before the draft what position he is, Williams said: “Wherever they put me,” a testament to not only his ability but willingness to contribute however he can in his first year.

Williams, standing 6-foot-8 with a 6-11 wingspan, was a point guard in high school before a sudden growth spurt often seen with some of the NBA’s most versatile bigs.

“The more study you do on Patrick, the more you realize that this is what the NBA is today. We need players in our league that can play multiple positions. He’s an elite athlete. He showed that in college,” Karnišovas said. “Athleticism, versatility, multiple positions. His ballhandling is something that’s very underrated. People didn’t see it in college but for three years in high school, he played point guard. So I was very impressed.”

Williams likely won’t be the centerpiece of the Bulls offensive attack but becomes the most important player for the organization that is looking to change its style of play and improve upon a 22-43 record from a season ago.

“I like high pace. Moving the ball. We were able to be a very good passing team in Denver. It’s a very entertaining brand of basketball,” Karnišovas said. “I like multi-positional players. I like guys with high basketball IQ that play off each other.”

“In the short term what needs to happen is we begin to establish a culture of who we are as a team. And the expectations for winning. Everybody wants to win, we just have to establish how we’re going to do it and what we value,” Karnišovas added.