The Cleveland Browns will be without veteran defensive tackle Andrew Billings next season after he decided to opt out of the season due to COVID-19 concerns.

Billings joined the Browns this offseason as a free agent. Originally selected by the Bengals in the fourth round in 2016, Billings has started 37 of 47 career games with 80 tackles and 3.5 sacks. He was going to provide some run-stopping depth behind starters Larry Ogunjobi and Sheldon Richardson. He’s the third Browns player to opt out, joining offensive linemen Drew Forbes and Drake Dorbeck.

Browns DT, and former Baylor star, Andrew Billings has been placed on the reserve/opt-out list

With Billings out, more weight will fall on the shoulders of rookie Jordan Elliott to be an early producer. Jeffery Whatley, Eli Ankou and Daniel Ekuale are others who will be in the mix in the DT rotation for the Browns.

Any player may opt out of participating in the 2020 NFL season for any reason. The player must provide the club with written notice of his election to opt out. Players who do opt out fall into two categories: Higher risk and voluntary/non-high risk. It’s unknown Once given, the notice will be irrevocable for the remainder of the 2020 season. The deadline to opt out is 4 p.m. ET on Thursday, per ESPN’s Dan Graziano.

Odell Beckham Has No Plans to Opt Out 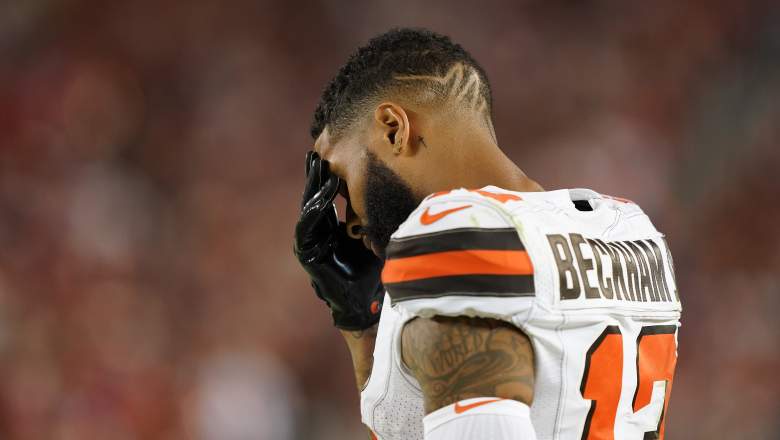 Star wide receiver Odell Beckham Jr. got some fans worried about with some comments he made in an interview with Lane Florsheim of WSJ. Magazine.

“Obviously with everything that’s going on, it doesn’t make sense why we’re trying to do this. I can understand basketball was already in the playoffs,” Beckham said. “Five-on-five basketball in an arena is going to be more intense than regular-season games. Hooping is different than playing an eleven-on-eleven contact sport where there’s 80 people in a locker room. We’re not ready for football season. So why are we trying to push forward? It’s obviously for their money. And that bothers me because there’s always been this—and I hate saying it like that—but the owners’ [attitude is], ‘Oh we own you guys,’ and just kind of that unfairness going on that they don’t see us as human. I just feel like the season shouldn’t happen and I’m prepared for it to not happen and I wouldn’t mind not having it.”

However, shortly after the quote went viral it was pointed out that the interview took place weeks ago, before Beckham arrived to camp and saw the measures the NFL and the Browns have in place. Beckham was seen working out at camp on Monday, business as usual. He has no plans to opt out of the season before Thursday’s deadline, according to Mary Kay Cabot of cleveland.com.

With Billings opting out, the Browns have 79 players of the 80 allowed. Of those 79, there are 77 active, with third-string QB Garrett Gilbert and WR Ja’Marcus Bradley on the reserve/COVID-19 list.

If the Browns were looking to replace Billings at the defensive tackle spot, there are some veteran names remaining as free agents. Among them are Marcell Dareus and Damon Harrison.

Loading more stories
wpDiscuz
0
0
Would love your thoughts, please comment.x
()
x
| Reply
The Cleveland Browns will be without veteran defensive tackle Andrew Billings next season after he decided to opt out of the season due to COVID-19 concerns.