The Cleveland Browns are dealing with David Njoku trade drama once again.

The Browns former first-round pick demanded a trade in the offseason, but later retracted it, saying he was “all in” and ready to get to work under the new regime in Cleveland. Njoku appears to have changed his mind and is looking to get moved before the Nov. 3 trade deadline, per Mary Kay Cabot of cleveland.com.

The Browns were not willing to move Njoku for pennies on the dollar when he demanded a trade in the offseason. With head coach Kevin Stefanski running a tight end heavy offense, there was no reason for them to deal Njoku, especially before seeing if fourth-round rookie Harrison Bryant was ready to contribute.

I’m all in Cleveland. Time to work.

Njoku is third on the depth chart, but out-snapped Bryant 23-21 this week. He caught just one pass for six yards, but to be fair, there wasn’t much offense going on whatsoever against the Steelers. Starting tight end Austin Hooper — the Browns big-money offseason free-agent acquisition — has just 12 catches for 96 yards and one touchdown this season.

Njoku has five catches for 63 yards and one touchdown this year. He suffered a knee injury in the Browns opener and landed on the IR, but has played the last two weeks.

Update: Njoku refuted the report after it started to pick up momentum. Njoku tweeted out: “I did not say anything to Mary Kay about a trade request.” 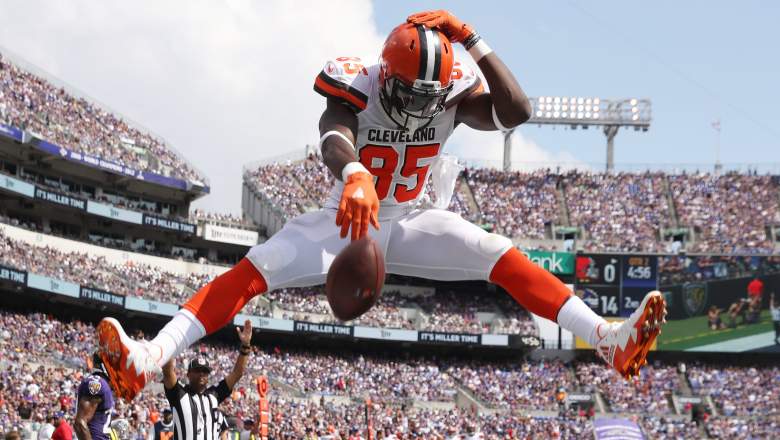 Njoku — the 29th overall pick in the 2017 draft — is a physical specimen at 6-foot-4, 246 pounds with 4.6 40-yard dash speed. In his second season, Njoku essentially doubled his production from his rookie year, collecting 56 catches for 639 yards and four touchdowns.

However, Njoku stumbled last season with a broken wrist and a bad relationship with the coaching staff. He had just five catches for 41 yards and one touchdown in Year 3 and was a healthy scratch down the stretch. 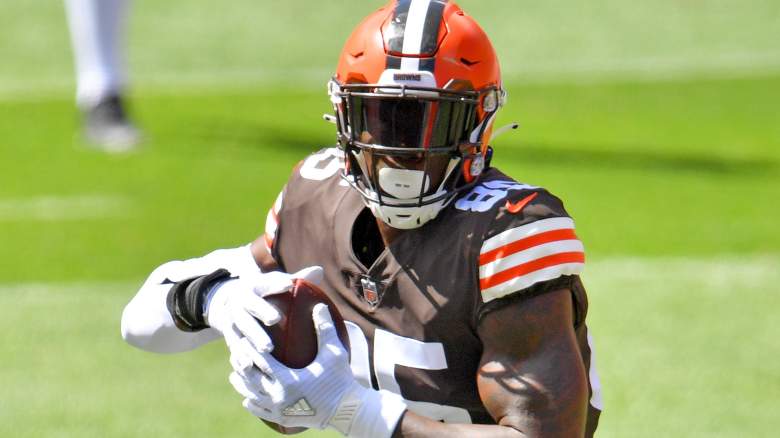 The Browns have some glaring holes on their roster, due in part to injuries. Most notably, the Browns need help in the secondary. Bill Barnwell of ESPN proposed that the Browns could try to pry safety Mike Edwards from the Buccaneers or Tarvarius Moore from the 49ers with Njoku.

“The Browns desperately need help at safety, so much so that Cleveland fans have literally started a petition for the team to move on from Andrew Sendejo. The problem is that there aren’t many safeties available on the trade market, and the Browns don’t match up well with most of the teams who might have one available, including the Buccaneers with Mike Edwards.

Moore was a promising free safety prospect coming out of Southern Miss, but the 2018 third-rounder hasn’t been able to crack the 49ers’ lineup and has played only 7% of the defensive snaps in 2020.”

The Browns have seen some things they’ve liked from second-year safety Sheldrick Redwine, who has started to garner more reps. The Browns also traded for Ronnie Harrison Jr. before Week 1 and he played well against the Colts, collecting a pick-six before leaving with a concussion that forced him to miss the matchup with the Steelers on Sunday.