Summer league games tend to matter less when you’re a championship-level team with a mostly-set roster. As any Golden State Warriors fan worth their salt will tell you, though, the Dubs aren’t your regular title winner.

Due to the club’s atypical, dual-timeline approach to roster construction — not to mention the exodus of multiple players from its NBA Finals run — Golden State’s followers and front office alike had plenty to track this time around. And people looking to find a diamond in the rough weren’t left disappointed.

Mac McClung, who had cups of coffee with the Bulls and Lakers in addition to being named G League Rookie of the Year last season, quickly emerged as an unlikely summer hero for the Warriors.

In seven summer league appearances, he averaged 13.3 points, nearly four rebounds, four assists and a steal per game with shooting splits of 49-46-77. As a result, the Warriors rewarded him with a one-year, non-guaranteed deal and an opportunity to secure a roster spot during training camp.

That’s not to say, though, that McClung is done balling for the summer.

On Wednesday, USA Basketball announced its official 12-man roster for the fourth leg of FIBA World Cup qualifying games and the 23-year-old McClung made the cut.

McClung and Co. will play host to Uruguay on August 25 at Cox Pavilion in Las Vegas. Four days later, they’ll return to the same court for another qualifying bout with Colombia.

Joining the Dubs guard for the two-game set will be Tyler Cavanaugh, Malik Ellison, Michael Frazier II, Langston Galloway, Dewan Hernandez, DaQuan Jeffries, John Jenkins III, Eric Mika, David Stockton, Robert Woodard and McKinley Wright. As has been the case throughout qualification, the team will be coached by Jim Boylen.

The Americans are competing in Group F, where they find themselves deadlocked with Brazil at the top of the standings with matching 5-1 records. Mexico and Puerto Rico will also compete in the group, alongside Uruguay and Colombia.

The fifth qualifying window is scheduled for November while a sixth/final leg is slated for February of 2023.

Players have been cycled in and out of the Team USA pool throughout qualification, but former Warriors big man Jordan Bell’s exclusion here nonetheless comes as something of a surprise. The 27-year-old, whom Boylen once referred to as the leader of America’s squad, had been a force on the hardwood during previous windows.

Across four qualifying games, Bell averaged 6.0 points, 7.5 rebounds, 4.3 assists, 2.5 blocks and 2.0 steals per outing while shooting 68.8% from the field. In his 88 total minutes on the court, the US outscored opponents by a whopping 60 points.

Former Dubs guard — and apparent Kings signee — Quinn Cook was also left off the roster after shooting just 4-of-16 from the floor and 2-of-7 from deep during his two-game stint with the team last month. 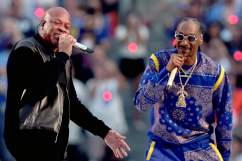