LeBron James went viral for a moment in the Los Angeles Lakers Game 2 win against the Portland Trail Blazers where he jumped off the bench and ranted at the refs.

James decided to make fun of himself a little on social media, posting the clip with a comical caption.

“How you act when someone take your ball at the park when you with your suburban white friends COMPARED to when you’re with your friends from the hood!” James wrote on Instagram.

How you act when someone take your ball at the park when you with your suburban white friends COMPARED to when you’re with your friends from the hood! 🤣🤣🤣🤣

The post drew a bevy of crying laughing emojis in the comments section from NBA stars past and present like Trae Young, Dwyane Wade and Stephen Curry. 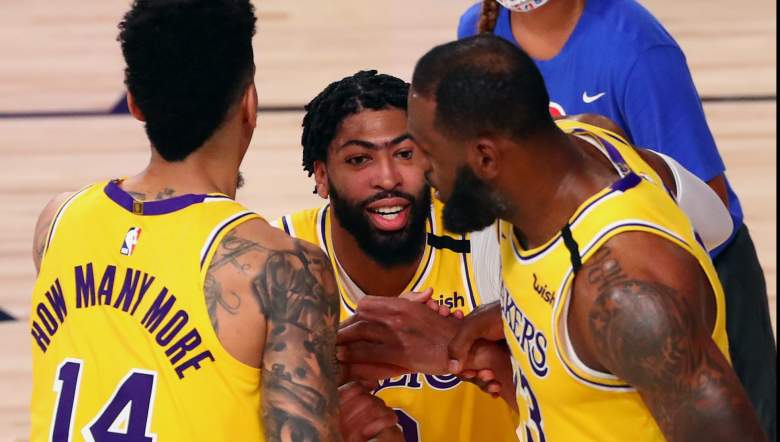 Behind James’ Los Angeles co-star Anthony Davis, the Lakers evened their series at 1-1 with the Blazers on Thursday. Davis collected 31 points and 11 rebounds and had high praise for James after the win.

“I was really down on myself after Game 1. I didn’t feel like I performed to the level that I needed to,” Davis said. “He let me have my moment and kind of get on myself. And then he talked to me and said I was fine. He said it was one game.”

James has seen it all in his career — which Davis joked about at one point in his press conference, calling LeBron a 25-year veteran. Looking to make the deepest run of his playoff career, the star forward will look to James for advice often.

“As a guy who’s won multiple championships and been in these situations before, he knows what to expect. He knows what he expects from his teammates,” Davis said. “He was there for me to kind of encourage me and keep me level-headed, because it was just one game.”

The Lakers were better but not great from range in the Game 2 win against the Portland Trail Blazers. They shot just 15.6 percent from 3-point range in Game 1, but improved that number to 36.8 percent in Game 2. The Lakers have had trouble shooting in the bubble in general, shooting just 30.3 percent their threes in the bubble so far.

But James anticipates that number going up because he sees the work his guys are doing in the gym every day in their quest for a championship.

“I’m confident when it comes to work ethic. When you put in the work, the results will happen. If you don’t put in the work, that’s when you get worried. Our shooters put in the work every day on their shot,” James said, per Silver Screen and Roll. “If you have repetition, you’re going to have results. So (there was) never a doubt in my mind.”