The Los Angeles Lakers are set to kick off their second-round series against the Houston Rockets on Friday and big man Dwight Howard is eager for a shot at his former team.

Howard, who has had a resurgent season in Los Angeles, shared a message on social media on Thursday, showing that he’s ready to roll against the Rockets.

Howard played a significant role off the bench in the Lakers’ first-round victory against the Portland Trail Blazers. Despite racking up fouls, he averaged nearly 20 minutes per game in the series, scoring 24 points over the final two close-out games.

However, Howard knows it’s not all about getting buckets. One commenter on the post wrote, “Better average 15 against the rockets.” Howard responded, “You don’t have to score to dominate.”

We’ll see what Howard has in store for his former squad.

Dwight Howard Has History With Rockets 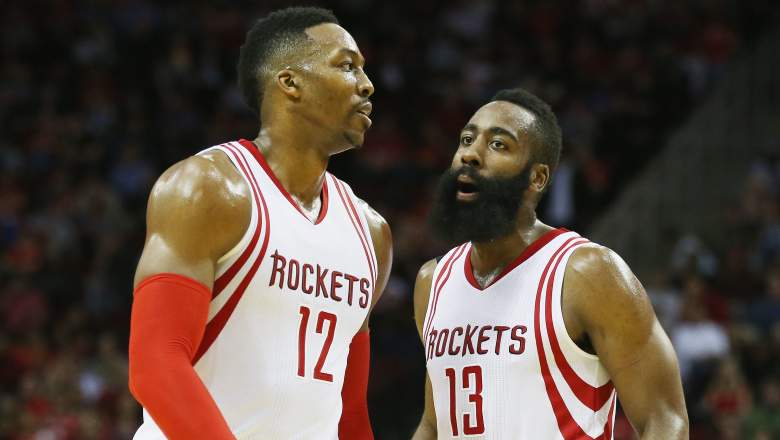 Howard returned to the Lakers this offseason after a turbulent first stint in LA. He’s drawn positive reviews and has played a big role off the bench this season, helping the Lakers earn the top seed in the Western Conference.

Howard left the Lakers following the 2012-13 season and spent three seasons in Houston playing alongside James Harden. But it was another situation that didn’t work out for the three-time Defensive Player of the Year. Howard and Harden had some tension during their partnership, as he did with Kobe Bryant during his Lakers’ stay.

“It wasn’t as good as it needed to be for us to succeed,” Howard said of his relationship with Harden in 2016. “But, you know, looking back on it, there’s really nothing that we can do about it now. Talking about it amongst ourselves is great, but for myself, and I think for the Rockets, we all have to move on and let that chapter of all of our lives pass. I wish the relationship would have been a lot better, but throughout all the things that happened the last couple of years, I think it’s shaped and molded me into the player — the person — that I am today. It made me stronger.”

After leaving the Rockets in 2016, Howard played for three different teams before ultimately landing back in LA.

The Rockets are playing an ultra small-ball lineup that doesn’t feature anyone taller than 6-foot-7 in the rotation. That could limit the roles for guys like Howard and JaVale McGee — or it could make them very important.

“It’s going to be different for us, but at the same time we want to make them adjust to us,” Lakers star Anthony Davis told reporters on Thursday. “The same way they try to have teams adjust to them playing small ball. We have to make sure that we dominate them on the offensive glass and also make them adjust to our size.”

Lakers head coach Frank Vogel wouldn’t reveal if he would make changes to the starting lineup, but knows his team has some flexibility in who they throw out there.

“We have the ability to play with Anthony at the five or with two big guys with Anthony out there together,” Vogel said. “And we played a blend of both in every game all year, and we’ll see how the series plays out.”