The Los Angeles Lakers are one win away from advancing to the Western Conference Finals, but LeBron James had something else on his mind during his off day.

It’s a cryptic tweet and James could be taking about a variety of things. However, shortly after the tweet he posted an Instagram story popping open a bottle of vintage wine, so it obviously didn’t slow down James too much. 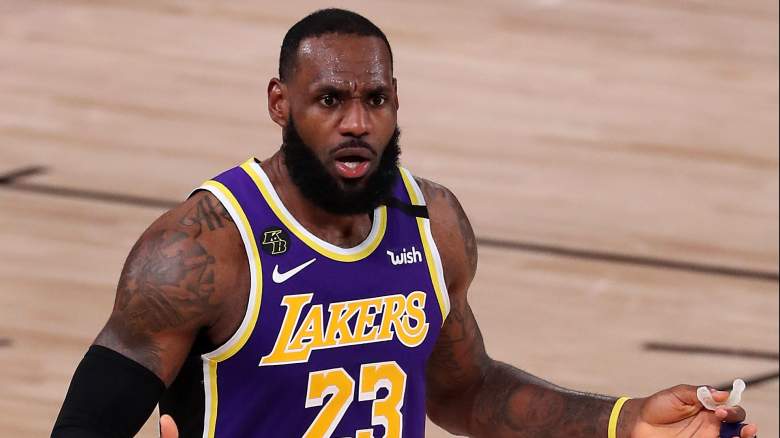 He has been very outspoken about the constraints of the bubble, where he and the rest of the Lakers have been now for two plus months. He recently had his wife, Savannah, join him in the bubble, but it’s still far from the life he’s used to living.

“I’m not going to tell you exactly what I do,” James said told the media. “Because I would be giving my opponents a lot of my ingredients. But let’s just say my wife is not enjoying what I do on a day-to-day basis inside the bubble getting ready for a game. Let’s just say that. I spent a lot of time, a lot of time on my body.”

James is without his three kids — Bronny, Bryce and Zhuri  — who stayed back in Los Angeles. James said the bubble was no place for them.

James admitted that there have been times where he thought about leaving the bubble.

“I’ve had numerous nights and days thinking about leaving the bubble,” James said. “I think everyone has. I don’t think there’s one person that has not had a mind that said ‘oh, I’ve got to get the hell out of here.’ … It probably crosses my mind once a day. For sure.”

NFL Fans Boo Moment of Silence | The ViewThe co-hosts discuss the stadium fans’ reaction yesterday as the NFL players from the Kansas City Chiefs and Houston Texans stood in solidarity for social justice at the game opener of the NFL season. Subscribe to our YouTube channel: bit.ly/2Ybi4tM MORE FROM 'THE VIEW': Full episodes: abcn.ws/2tl10qh Twitter: twitter.com/theview Facebook: facebook.com/TheView Instagram: instagram.com/theviewabc2020-09-11T18:00:08Z

There’s a chance James was reacting to the video from the first game of the NFL season, where Texans and Chiefs players were booed as they stood with arms locked for a moment of unity.

“The moment of unity I personally thought was good,” Texans star JJ Watt said, via NFL Network. “I mean the booing during that moment was unfortunate. I don’t fully understand that. There was no flag involved. There was nothing involved other than two teams coming together to show unity.”

When the season was hanging in the balance last month following the Bucks boycotting their playoff game against the Orlando Magic, James was reportedly one of the players outspoken about ending the season in an effort to bring attention to social justice issues.

James has been a force for change in many ways off the basketball court. Most notably, he helped create “More Than a Vote,” a nonprofit organization devoted to supporting Black voters, and opened the “I Promise School,” a public school in his native Akron, Ohio, for at-risk students.

READ NEXT: Browns Star Odell Beckham Had One Word Response to Disgusting Rumors

Loading more stories
The Los Angeles Lakers are one win away from advancing to the Western Conference Finals, but LeBron James had something else on his mind during his off day.