The Los Angeles Lakers are preparing for Game 1 of the NBA Finals, but speculation surrounding the future of the purple and gold franchise doesn’t sleep.

The latest bit of speculation ramped up on Tuesday when Washington Wizards star Bradley Beal purchased an expensive piece of property in L.A.’s Venice neighborhood. The house is 7,200 square-fee with five bedrooms and nine baths, per Variety.

While the two-time All-Star is likely just beefing up his property portfolio, having made more than $117 million in his career (so far), the big purchase fueled rumors that he could be angling to land in LA next season to form a star trio alongside LeBron James and Anthony Davis.

"LeBron is going big game hunting this offseason… The player I keep telling you he's going after is Bradley Beal. He's a perfect LeBron guy." — @ColinCowherd

Is the Lakers current roster good enough to win a title? pic.twitter.com/8OehwvbBxw

Beal did not play in the bubble, but averaged 30.5 points, 4.2 rebounds and 6.1 assists per game during the regular season pre-COVID. Considering Beal is on a max deal, it would take some creative roster maneuvers to make acquiring him possible. And the Wizards would be looking for building blocks for their franchise in return, with names like Kyle Kuzma, Talen Horton-Tucker and Alex Caruso in play.

With the Wizards dwelling below .500 the last two seasons and star point guard John Wall dealing with injuries, Beal has been apart consistent topic of trade rumors. The Lakers were reportedly exploring a trade for Beal at some point.

Shams Charania of The Athletic broke down the situation with Beal and potential outcomes during an appearance on Complex’s Load Management podcast earlier this season.

“At the end of the day, it’s going to be up to Bradley Beal because they are eventually going to offer him the ultimate, super-max contract that they can offer. He will have to make a decision on whether the Wizards are the right fit going forward.

“The Lakers, at different points, they have had interest in Beal. If you’re trying to win basketball games, you’re going to have interest in Bradley Beal,” Charania added, saying there have been lots of teams around the league that have shown interest. “Everything he has said so far, he wants to stay a Wizard. The Wizards have said they want to keep him. I don’t expect something on him until we see John Wall and Brad Beal play together again.”

That being said, Beal agreed to a two-year, max extension with the Wizards last October that starts next season. It is worth a maximum of $72 million and features a player option for the 2022–23 season. 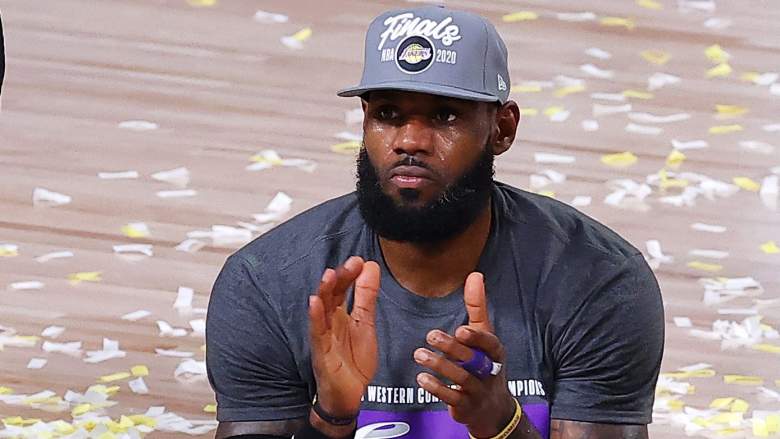 The dream of pairing Beal with Davis and James is great, but the Lakers aren’t thinking that far ahead at this point. The Lakers kick off their first NBA Finals appearance since 2010 on Wednesday against the Miami Heat.

“We don’t want to let each other down,” said Davis, who will hit free agency this offseason but is expected to re-sign with LA. “We know why I came here. We want to win a championship. We’re four wins away. A step closer to our goal.”

The Lakers are 4.5-point favorites for Game 1.

Loading more stories
wpDiscuz
0
0
Would love your thoughts, please comment.x
()
x
| Reply
The Los Angeles Lakers are preparing for Game 1 of the NBA Finals, but speculation surrounding the future of the purple and gold franchise doesn't sleep.