The Lakers have a busy offseason ahead and speculation is swirling that starting center JaVale McGee could be moving on from Los Angeles after selling his Encino home this week, according to the Los Angeles Times.

McGee is weighing a player-option for next season that would pay him $4.2 million. He’s expected to opt-in, but the home sale could mean otherwise. McGee sold the home he purchased from singer Marc Anthony in 2015 for $2.49 million, per the Los Angeles Times. He made a reported $70,000 from the sale.

It was quite the dwelling for the Lakers big man, per the paper’s description. The property featured five bedrooms and nine bathrooms, as well as a movie theater, bar and gym.

McGee was a key cog for the Lakers this season, starting 68 games during the regular season and 11 in the playoffs. He averaged 5.7 points and 6.6 rebounds on the way to his third title. He won two previously with the Golden State Warriors.

McGee was also a major presence in the Lakers’ locker room, providing a goofy element that was well embraced. And his video blogs became a staple of the bubble, giving fans a behind the scenes look at what the Lakers were doing.

The Lakers earned a stingy defensive reputation early in the season, and head coach Frank Vogel credited McGee and Dwight Howard for providing ‘All-Star level’ production at the center position.

“Their chemistry together has been a big part in our early season success. Their willingness to accept the role that’s been laid out for them,” Vogel told reporters in December. “Both of them are in a little bit unique roles, and they come in as a tag team and give us All-Star production at the center position between the two of them.

“That’s just part of what we’re trying to preach with this group… Those two supporting each other the way they are is a big part of our success this season.”

Lakers Have Competition for Dwight Howard in Free Agency 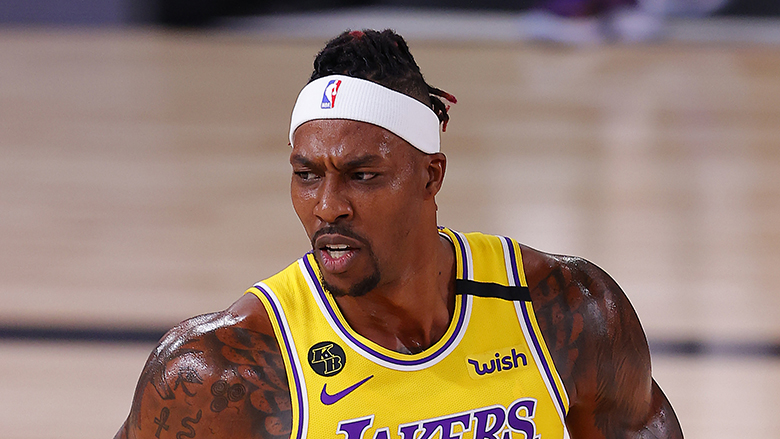 McGee isn’t the only big man the Lakers are hoping to retain this offseason. Howard is a free agent, although L.A. will try to keep him on the roster.

Along with guard Rajon Rondo, Howard probably had the biggest turnaround when it came to perception thanks to his season with the Lakers. Howard was seen very much as a malcontent before landing back with the purple and gold this offseason, playing for five teams in five seasons. However, he excelled in his return to the Lakers, averaging 7.5 points and 7.3 rebounds. He also started seven games in the playoffs, providing a tough presence in the paint.

Among the teams that have reportedly shown interest in Howard is the Golden State Warriors, per Shams Charania of The Athletic. The Warriors were left on the outside look in of the playoffs but will more than likely be involved in the championship conversation next season with the roster returning to full health.

Howard should end up fetching more than the veteran’s minimum he played on last season, whether he stays in LA or goes somewhere else.

Loading more stories
JaVale McGee could be moving on from the Los Angeles Lakers after selling his Encino home this week.