As the New York Giants march toward the 2022 NFL season, some of the team’s youngest players are helping lead the way.

ALL the latest Giants news straight to your inbox! Subscribe to the Heavy on Giants newsletter here!

First, let’s take a look at the full offensive depth chart, via Giants.com: 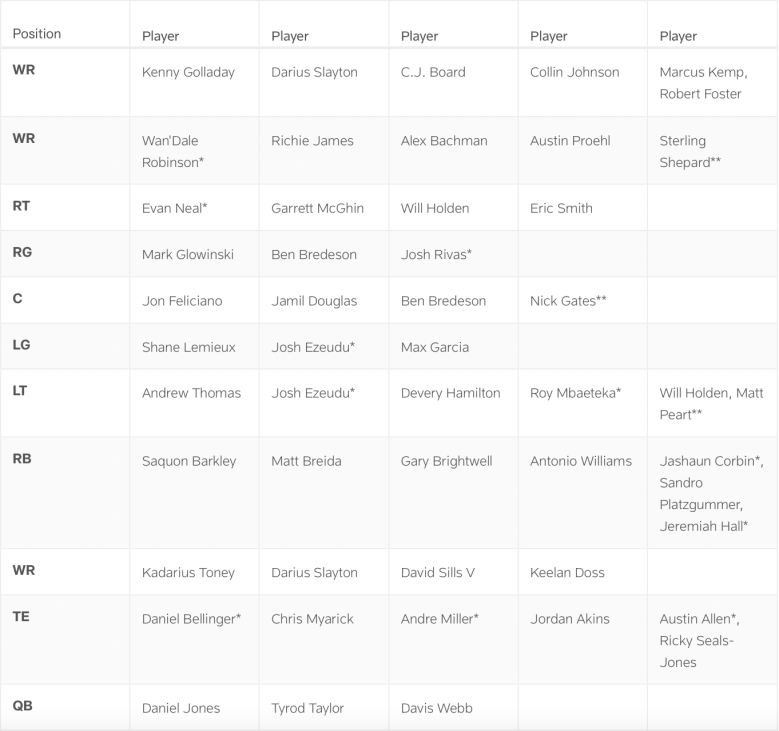 The Giants named Neal the starter at right tackle within days of drafting him, so it’s no surprise to see him with the first team. Similarly, Bellinger has been working with the first-team offense since the spring.

Robinson, on the other hand, has risen up the ranks during training camp. The second-round draft pick fits nicely as the slot receiver, with Kenny Golladay and Kadarius Toney as the two other starters on the outside. Robinson’s experience at running back also makes him an intriguing option in New York’s reported wildcat formation.

After the rookies, the next biggest takeaway is Darius Slayton being listed on the second team at two wide receiver positions. He has been widely reported as a trade/cut candidate, but this depth chart seems to indicate that he’s on his way to saving his job with the Giants.

On defense, the Giants aren’t leaning on their rookie class quite as heavily.

Here’s a look at the full defensive depth chart, via Giants.com: 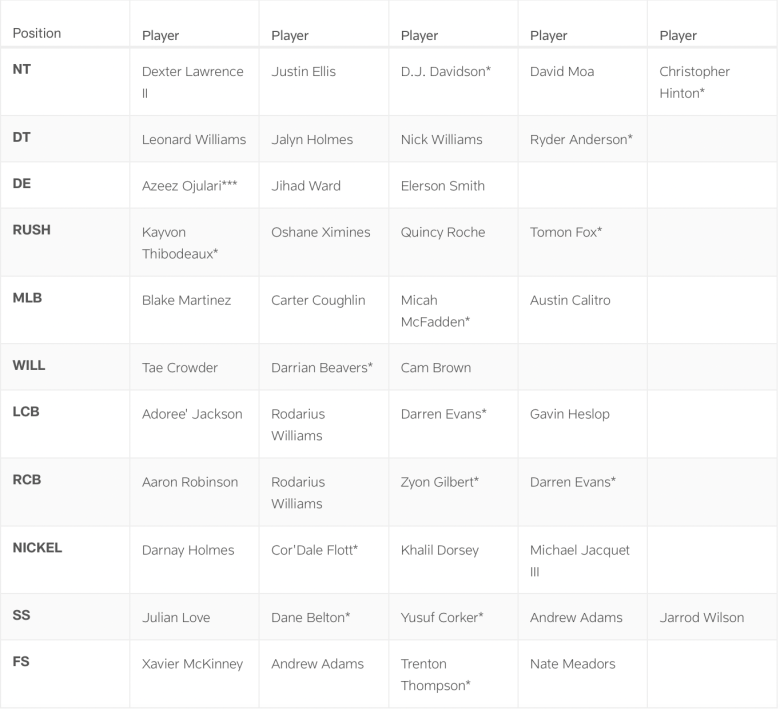 So far at training camp, Thibodeaux has lived up to his pre-draft billing. Starting Center Jon Feliciano recently compared him to former NFL Defensive Player of the Year Khalil Mack, so a player of that caliber should absolutely be in the starting lineup.

Azeez Ojulari is still listed with the first team at defensive end, even though he is on the physically unable to perform (PUP) list and is unlikely to play in the preseason opener against the New England Patriots on Thursday. This is a testament to his promising rookie season, as well as what he was able to show the new coaching staff on the practice field in the spring.

The big position battle heading into training camp was supposed to be at slot cornerback, but Darnay Holmes quickly locked up that role and kept third-round rookie Cor’Dale Flott at bay on the second team.

A Quick Glance at the Special Teams Depth Chart

You can’t forget about the third phase of the game!

There’s not much to break down here outside of the return specialists. A few days ago, it was reported that Richie James looked like the favorite to handle return duties. This depth chart appears to debunk that report, as James is listed behind C.J. Board and Darius Slayton for kick returner and not listed at all for punt returner.