Kenny Golladay’s one-sided shouting match with Daniel Jones on Thursday night has been the talk of the town since Big Blue’s Week 2 loss vs. Washington — their fifth consecutive 0-2 start to an NFL campaign. However, the big-ticket free agent wasn’t the lone Giants pass-catcher to get caught in a sideline altercation during the game.

First-round pick Kadarius Toney was pulled aside by Joe Judge in the third quarter of the 30-29 division loss, where he endured a stern 10-second talking to from the second-year head coach. Per Zack Rosenblatt of NJ Advance Media, Toney didn’t yell at anyone but was clearly unhappy. After storming off, the Florida product “crossed his arms and stood alone, away from his teammates. He didn’t go back in the game.”

While Toney may have kept his lips sewn shut during the game, the lifespan of his silence was short-lived. The 22-year-old took to Instagram to cryptically vent about his frustration: “i don’t be mad, s*** just be lame to me.” 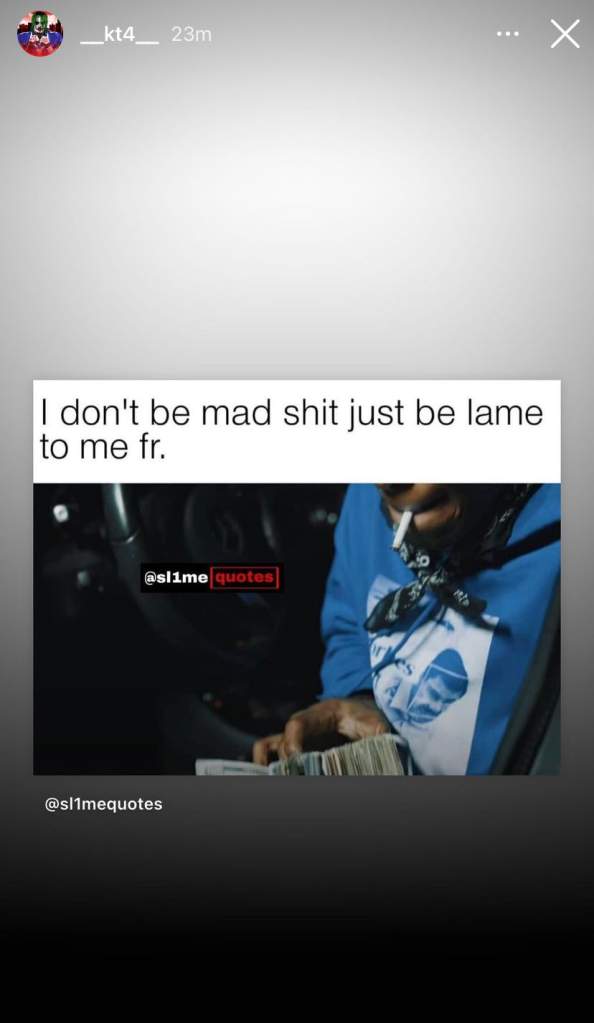 To further add to the fuel, a source familiar with Toney’s thinking informed NJ Advance Media that there is “No use in having a sports car and not driving it.”

Toney Has Been an Afterthought in Jason Garrett’s Offense

In the words of Toney, there is undoubtedly a lot of lame s*** surrounding the Giants at the moment — and his usage is part of it.

There were five wide receivers selected in the first round of the 2021 NFL draft. Here are their stats thus for this season, sans Rashod Bateman who was placed on injured reserve following groin surgery:

Of the bunch, Toney is the lone player to appear in two games. Thus far, Toney has been a complete and utter afterthought in Jason Garrett’s unimaginative offense. This was never more evident than on Thursday night when the team opted to run an end-around with C.J. Board — a player called up from the practice squad that day — instead of Toney. As ESPN’s Mike Clay highlighted on Twitter, it was certainly a puzzling decision.

We all knew Toney was raw when the Giants selected him in the first round this past April. Plus, he didn’t do himself any favors with his quirky offseason this summer. Still, end-arounds, jet sweeps, quick screens, these are how the team should be getting Toney’s feet wet and make the most of his electric skillset while he continues to develop and finetune his game as an NFL receiver. Instead, Toney logged just 19 snaps vs. Washington, has seen a total of two targets come his way since the opener and hasn’t sniffed the field as a return specialist yet.

It’s still early, but the lack of play-time appears to be getting to the rookie.

After two games, the Giants own the NFL’s 19th-ranked passing offense, averaging 241 passing yards per contest and amassing two touchdowns through the air.

Discover more from Heavy on Giants↓