The NBA Draft kicks off July 29 and the New York Knicks will have a lot of decisions to make with their plethora of picks.

For first round picks, the Knicks have both the No. 19 and 21 picks, meaning they’ll be able to potentially pick up a rotational player or two if they play their cards right.

In today’s NBA, every team could use shooters and one player the Knicks are reportedly “eyeing” will bring that to the table in a big way. According to The Athletic’s Shams Charania, the Knicks are taking a long look at Oregon standout Chris Duarte.

The Oregon Ducks guard averaged 17.1 points per game over the past season and almost half of his total shots came from behind the 3-point line. He also shot a very respectable 42.4 percent from beyond the arc, so his skills will more than likely transfer quite well into the modern NBA.

However, the Knicks aren’t the only team that is keeping a close watch on Duarte.

Warriors and Knicks Have Interest 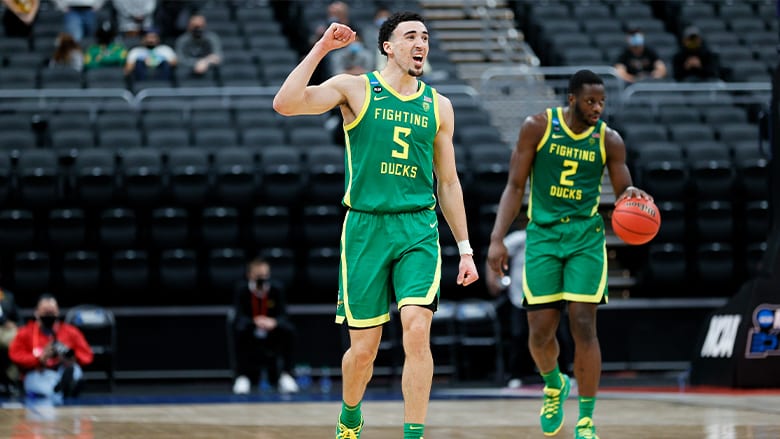 According to Charania, Duarte is a projected top 20 pick, meaning that prediction would have to be right on the money for the Knicks to have a shot at getting him.

Charania also mentions that his stock is rising among several teams and he’s gotten an invite to the Green Room at Barclays Center for the NBA Draft. Other than the Knicks, the Warriors are also reported to have interest in the young guard. They are far from the only competition for the Knicks if his stock is rising as fast as it’s been reported.

The Warriors sort of reinvented the league’s approach to the game in terms of shooting over the past decade, so it makes sense they are trying to add more sharpshooters to complement Steph Curry and Klay Thompson.

With a lot of teams looking to get into the mix on Duarte, the Knicks will have to hope a lot of dominoes fall their way if they want to snag their target.

Could the Knicks Move Up? 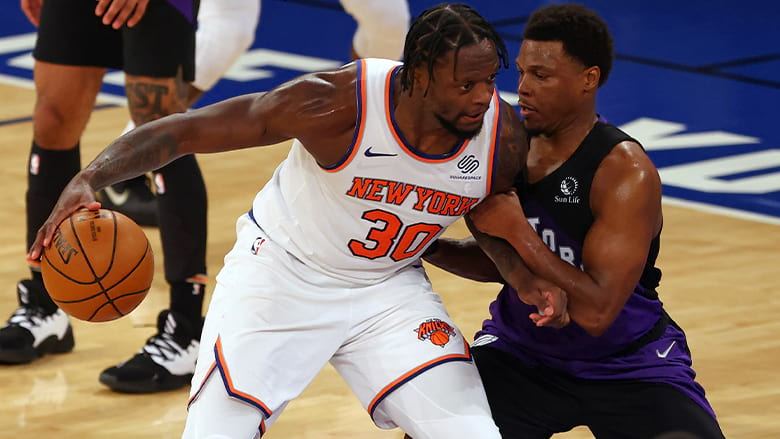 Weeks before the draft, reports came out that the Knicks could look to bundle their late first-round picks in a trade in an effort to move into the lottery.

This would give the team better chances are some of the players they have their eyes on, including the Oregon guard.

The Warriors have the No. 7 and No. 14 picks in the draft, so they would have their shot at Duarte before the Knicks do. This means the Knicks would very possibly have to move up in order to snag him, so a trade is certainly an option.

This draft is viewed as being deeper than some of the previous ones, so even if the Knicks aren’t able to select the Oregon standout, there will be other names available for them.

Another option entirely would be to work out a blockbuster trade before the draft takes place and land a name like Damian Lillard. It’s unlikely the Blazers would be interested in this late first-round picks alone, but when packaged with players like Obi Toppin, Immanuel Quickley or Kevin Knox, that could move the needle.

As of right now, it’s unclear what the Knicks plan on doing, and with three days left until the draft, there are a lot of things that could still happen.

Loading more stories
wpDiscuz
0
0
Would love your thoughts, please comment.x
()
x
| Reply
The New York Knicks have their eye on an Oregon Ducks sharpshooter in the upcoming NBA Draft.