The New York Knicks made a lot of good moves in the offseason and have improved key positions.

A major upgrade came at the point guard position where the team was able to replace Elfrid Payton with Kemba Walker, while also resigning Derrick Rose to presumably be the sixth man.

Another key signing came when the Knicks landed sharpshooter Evan Fournier, who figures to slot into the starting lineup when the season starts. Every team in the NBA could use more shooting, so this is a big pickup on the offensive end, but he leaves a lot to be desired in other areas.

In Greg Swartz’s article on Bleacher Report, he calls Fournier the Knicks’ weakest link in the starting lineup, but it’s not exactly as bad as it seems.

Is Fournier Really the Weak Link? 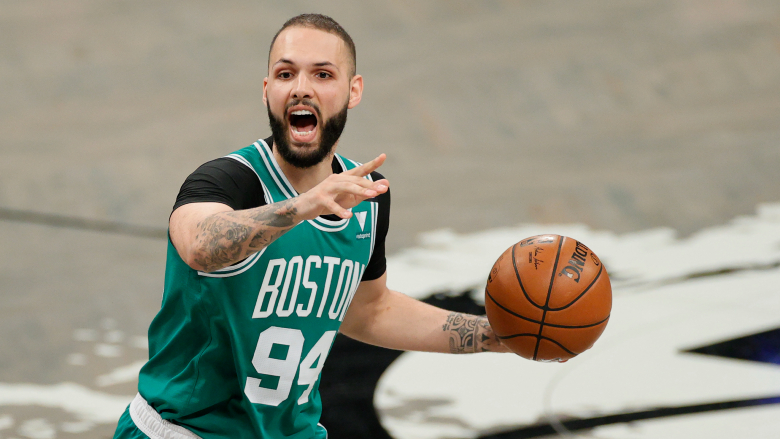 The BR article says that due to his poor rebounding and weak defending, Fournier is the weak link in the lineup.

However, Swartz notes that the Knicks don’t exactly have a clear weakness in the lineup, so it sort of became Fournier by default.

Walker and RJ Barrett will prove to be a strong backcourt, barring any health issues. Meanwhile, the frontcourt looks to be the same thing, again assuming Mitchell Robinson is able to stay healthy.

Julius Randle is coming off an All-Star season, so if he’s able to repeat his previous season at the very least, then things will be looking good for him. This leaves us with Fournier, who is well-known as a shooter, but that’s about it.

If he’s able to keep on doing that, he should be just fine in the lineup. If things really hit the fan, then the Knicks should have some decent options on the bench to replace him.

Compared to previous years, having Fournier being considered the “weak link” is a very big blessing. Going back even one year, if you told Knicks fan he’d be the worst player in the lineup, almost every fan would’ve taken that. 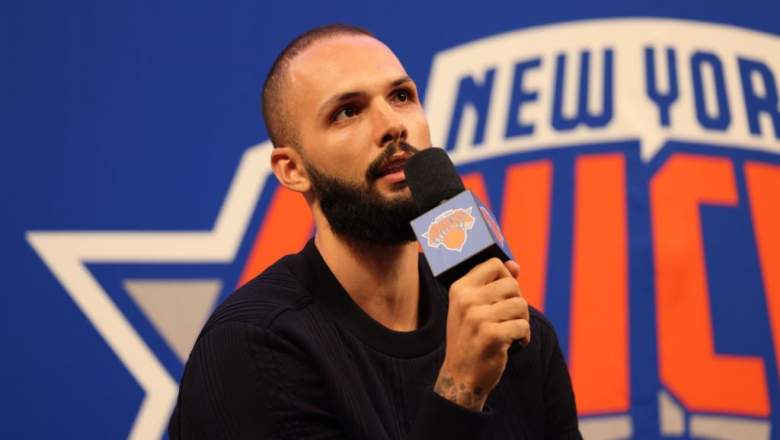 If Fournier does struggle for whatever reason, then the team will be able to slot in Alec Burks as a replacement. Burks played quite well last season and there’s no reason to expect him to take a step back now.

Furthermore, the Knicks could shift their pieces around and find a way to get Immanuel Quickley into the starting lineup. He would fit best at shooting guard, which means Barrett would need to shift to small forward.

Basically, the Knicks have a lot of options for a potential replacement for Fournier in the starting lineup, but things likely won’t get to that point.

READ NEXT: Knicks Linked to Controversial Star in Trade Proposal

Loading more stories
wpDiscuz
0
0
Would love your thoughts, please comment.x
()
x
| Reply
A recent New York Knicks signee is perceived to the be the weakest link from an NBA analyst.