The New York Knicks returned to the playoffs last season and even managed to snag home-court advantage in their matchup against the Atlanta Hawks.

Obviously, things didn’t go according to plan and they were dispatched by Trae Young and the Hawks in five games.

There were some big decisions that had to be made this offseason, and the Knicks did a good job addressing them by landing both Kemba Walker and Evan Fournier. On paper, it looks like the Knicks of this year will be an improvement over the previous season.

Based on this, you might think the Knicks would be able to at least repeat their previous season and fight for the fourth seed in the Eastern Conference. However, a survey of general managers around the NBA show that they do not have any faith in the Knicks being able to repeat that performance.

A lot of that has to do more with the fact that other teams have improved versus the Knicks regressing. Let’s take a look at what the GM’s predicted. 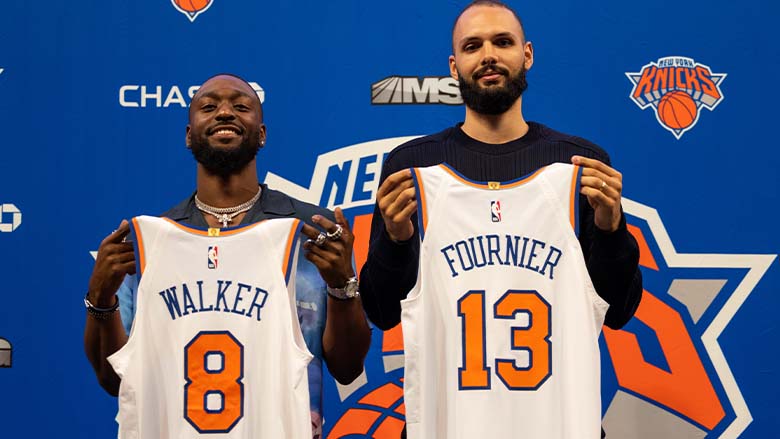 Last year, the GMs correctly picked the Milwaukee Bucks coming out of the Eastern Conference, but they have changed their tune this year and shifted toward the Nets being the favorites.

A lot of this might hinge on whether or not star point guard Kyrie Irving is able to play in home games, but even without him the team has a ton of firepower on display.

What’s surprising is the fact that the Knicks don’t even make the top-7 on this list. The ranking is determined by a percentage of total points where four points are given for a first place vote, three for a second, two for a third and one for a fourth.

This means the Knicks didn’t get a ton of votes to finish high in the conference, and that is a big reason for why they aren’t being represented on this list.

The Nets and Bucks make a lot of sense at the top of the list, and a good argument can be made for the Heat who were in the NBA Finals just a year ago at the time of this writing. They added Kyle Lowry in the offseason, so they should be even better this year.

There is a big Ben Simmons-sized question mark looming over the 76ers, but they should be good this year. 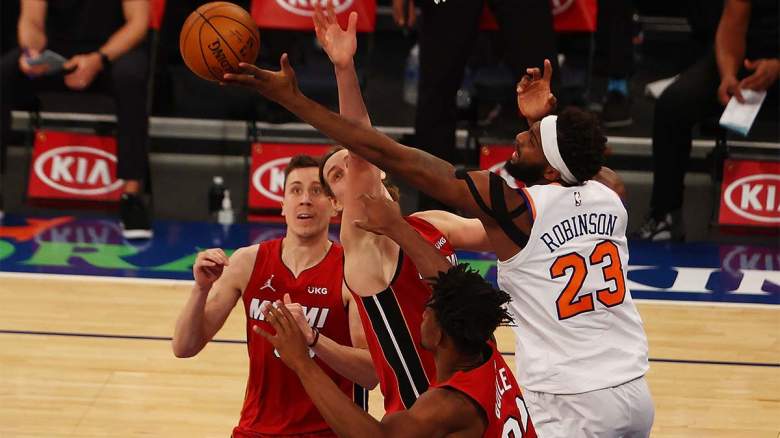 While the Knicks did come away with the fourth seed last year, many fans would agree that they did overshoot their expectations. Even with an upgrade roster, a regression was expected and fans should still expect to see the Knicks in the playoffs.

There is a lot of talent on the squad, but it’s hard to make an argument of them over the likes of the Heat, Nets, Bucks and even the 76ers. The NBA has gotten a lot deeper in the past couple of years, so that means the Knicks will need to get even better to remain competitive.

So far, they’ve done an admirable job at doing so, but they might be missing a vital piece that would take them from playoff team to title contender.