Getty Could the Knicks actually get Jerami Grant?

The New York Knicks currently sitting at 20-21, which is the exact same record as they had last year at this point in the season.

Last season, New York made a trade with the Detroit Pistons to grab Derrick Rose and he helped them return to the playoffs and even get home-court advantage in the first round. Of course, the Knicks fizzled out and were dispatched by the Atlanta Hawks, but the season was largely a success.

After upgrades to the roster, many expected the Knicks to easily walk into the playoffs again, but that hasn’t panned out as of yet. As it turns out, the Knicks might need to make another upgrade, and it could come in the form of another trade with the Pistons.

Pistons forward Jerami Grant has been a hot commodity on the trade market this season, and a lot of it comes down to how bad Detroit is this season and the fact that Grant appeared to make a big leap forward with the team.

Under control for this season and the next, Grant can provide a lot of talent to any team looking to get him, and the Knicks are firmly in the hunt. Grant is currently sitting out due to a thumb injury, but that hasn’t had any impact on his trade value. 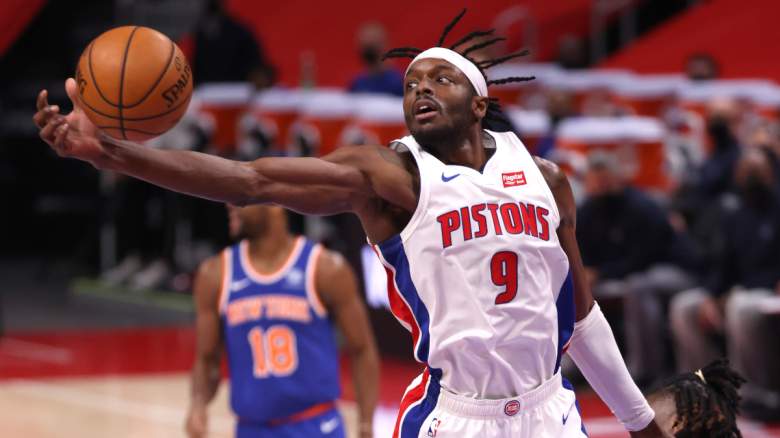 GettyDetroit Pistons star Jerami Grant corrals a rebound during a game against the New York Knicks,

The major hangup in a trade for Grant is it’d cost the Knicks some of their young talent. That’s to be expected with any trade for a bonafide star, but the fact that Grant plays power forward would mean bad news for Obi Toppin fans.

He’d likely have to be included in a deal since the Knicks would want to avoid a log jam at the position between him, Grant and Julius Randle.

The Athletic’s Fred Katz and James Edward III, the Knicks and Pistons beat writers respectively, came up with a variety of trade proposals, and the one that includes Toppin looks like this:

Grant commands a $20 million salary, so it takes a lot to match that, which is why so many players had to be included here.

Perhaps a more realistic way of getting to that salary would be by including their offseason signing Evan Fournier. The Pistons would have to be willing to take on his massive contract, which means they could still ask for a variety of youngsters and draft picks as a sweetener. 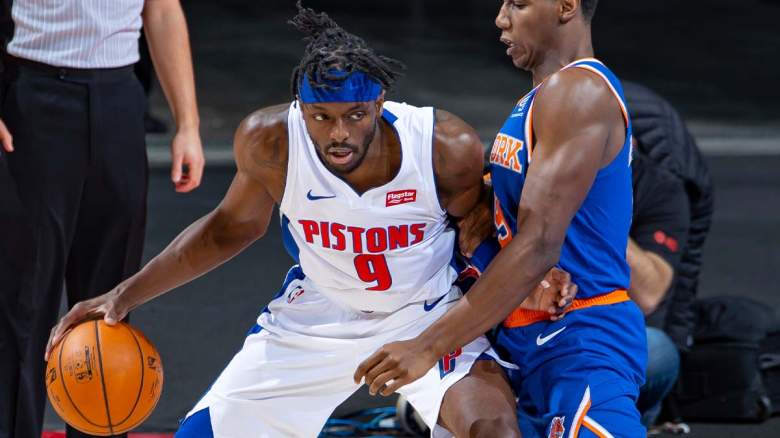 GettyJerami Grant is garnering a lot of interest across the NBA.

It’s no question that Jerami Grant would make the Knicks a better team, but it remains unclear if he’d fit in the lineup.

The end result would possibly be a small ball scenario with possibly Julius Randle playing center. The center position for the Knicks has been banged up quite often this season, so this might not be the end of the world.

A different option would be slotting Grant in at small forward and going big with a lineup of him, Randle and Mitchell Robinson. Grant has shown ability to create his own shot and he can work well as a spot-up shooter, so that wouldn’t be the end of the world if that’s what they come up with.

Obviously, you’d expect the Knicks to do their homework on a trade like this, so they likely have something in mind if they are really eyeing Grant.

I get paid over $87 per hour working from home with 2 kids at home. I never thought I’d be able to do it but my best friend earns over 10k a month doing this and she convinced me to try. The potential with this is endless. Here’s what I’ve been doing… http://www.Buzzjoin.com

Loading more stories
wpDiscuz
2
0
Would love your thoughts, please comment.x
()
x
| Reply
The New York Knicks have a decent offer that could land them a major upgrade.