The New York Knicks are currently sitting two games above .500, which is actually pretty impressive considering how dismal their starting lineup has been.

Kemba Walker has been one of the worst players in the league, especially when it comes to his overall plus/minus stat, and that led the team to make the difficult decision of not only benching him, but taking him out of the lineup completely.

Announced on November 30, coach Tom Thibodeau revealed Walker would be out of the rotation moving forward, and he did not give a timetable for when he could possibly return.

This comes at the same time Houston Rockets point guard John Wall, a former All-Star with the Wizards who is sitting out the season at the moment, announced he wanted to play again, but the Rockets have not budged.

Bleacher Report’s A. Sherrod Blakely says the Knicks and Rockets could be possible trade partners down the line and a swap for the two guards might be in the cards. 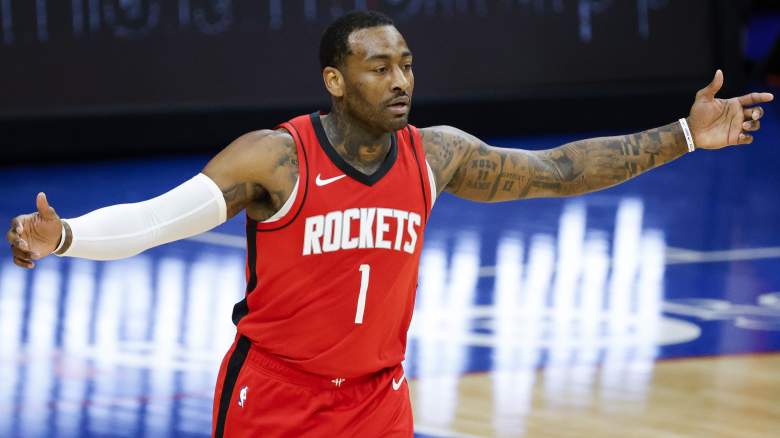 GettyJohn Wall #1 of the Houston Rockets reacts to a call during the fourth quarter against the Philadelphia 76ers at Wells Fargo Center on February 17, 2021 in Philadelphia, Pennsylvania.

The main thing that would stop a trade from happening is the absolutely massive contract for Wall. He’s owed $44 million this year and has a player option in the next for $47 million, so that’d be a tough pill to swallow for what could to turn out to be only a marginal upgrade over Walker.

According to Blakely’s sources, Walker’s trade value has the potential to grow as the trade deadline draws near, and teams looking for a veteran presence might consider taking a flyer on him. He can still shoot the ball well, but it’s clear that a team that expects any sort of defense out of him will be left disappointed.

As for Wall, he hasn’t played in an NBA game since April and his trade value is almost non-existent. An Eastern Conference executive speaking to Bleacher Report says the contract will be the roadblock.

“It’s so tricky because you’re talking about two players who are never going to get back to where they were and, to be frank, aren’t going to live up to the contracts that are on the books for them now,” said the executive. “You can’t just add them and be good with that.”

Should the Knicks Do It? 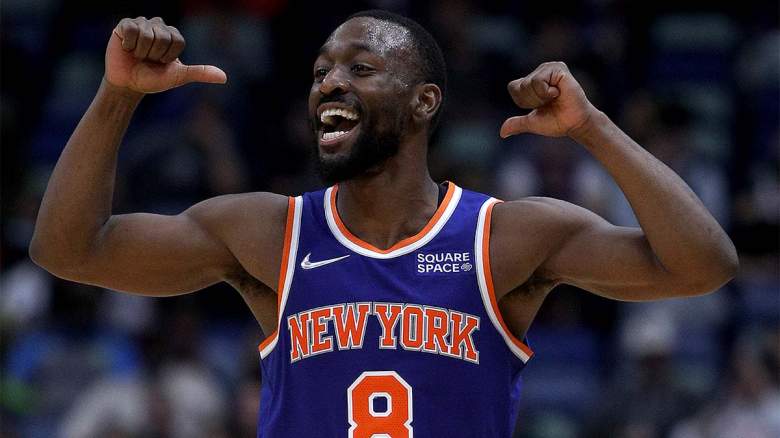 As it stands right now, the Knicks could certainly use a point guard on their roster because Alec Burks starting likely wasn’t on anybody’s bingo card to start the season.

Derrick Rose is entrenched in his role as the 6th man, so if the Knicks are somehow able to acquire Wall without his massive contract attached to it, why not pull the trigger?

It’s not clear what he offers to an NBA team at this stage in his career, but if they can get him for cheap there’s no reason not to roll the dice on him.

As it stands right now, it’s tough to imagine a trade like this going down, but anything can happen in the wild world that is the NBA.