New York Knicks center Mitchell Robinson is still considered to be an important cog in the team’s future success, but injuries have largely held him back from reaching even his own lofty goals.

He has already gone on record about being in the Defensive Player of the Year discussion for this upcoming season, but that all comes down to whether he’s able to remain healthy. While he was able to help the Knicks reach the playoffs, he was held out of the first round series due to injury.

Despite that, a new report has come out that team president Leon Rose is “open” to extending Robinson before the season kicks off in October.

This information comes from an NBA source speaking to the New York Post, and if it’s true, the big man could be in for a big pay day. 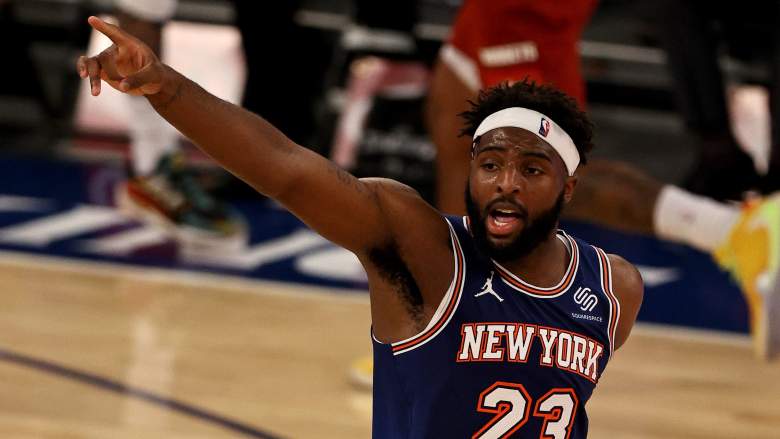 The Post says that an NBA source says Rose is open to an extension “as long as it’s not crazy,” which is fair.

Something that would be working against Robinson is the fact that fellow big man Nerlens Noel, who filled in admirably for Robinson while he was hurt, resigned with the Knicks for three years.

Last season, Robinson just played in 31 games after suffering both a broken hand and a broken foot, and the team was still able to have a successful season. Now, it could be a double-edged sword where the Knicks realize they don’t necessarily need him for the long haul, or they could be even better if he remained healthy.

When he is able to be on the court, Robinson has proven to be an excellent shot-blocker, but there’s still a way to go for him to become a true star. On the offensive side of things, there’s still a lot to learn, but he can definitely be a valuable piece on a team, whether that’s with the Knicks or somewhere else. 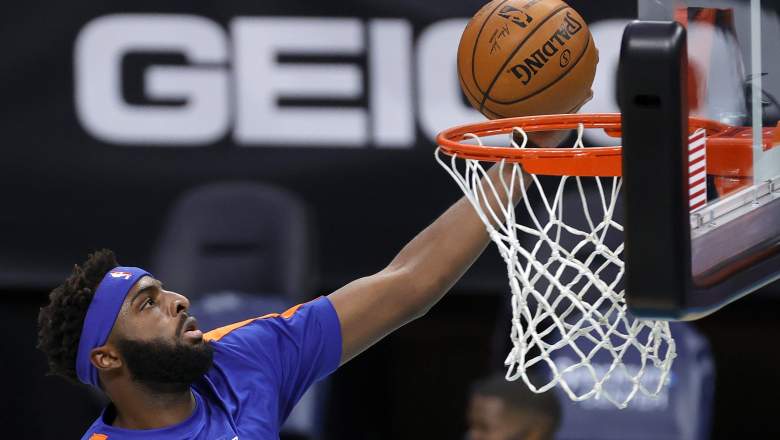 GettyMitchell Robinson of the New York Knicks warms up prior to their game against the Charlotte Hornets at Spectrum Center on January 11.

A good barometer could be to look at what other young big men just signed for in the offseason. Time Lord, aka Robert Williams, just resigned with the Celtics with a $54 million deal over four years, which might be a bit higher than the Knicks are willing to go.

According to the same New York Post report, league insiders believe that a potential extension for the Knicks big man would be around $44 million over four years. His injury history is the biggest factor holding him back from a bigger payday.

The reality is that with the Noel signing, the Knicks do have a backup option at center and Robinson doesn’t exactly have as much leverage as he might’ve once thought he has. The Knicks certainly still value him, and if he does turn out a DPOY campaign in the upcoming season, he would be able to command more money with a new contract.

If the two sides don’t come to an agreement on an extension before the season kicks off, that might be the route Robinson has to take. He’ll just have to hope his health remains in good shape through the season.

READ NEXT: 10x All-Star On Playing in New York: ‘Nothing Like It’

Loading more stories
wpDiscuz
0
0
Would love your thoughts, please comment.x
()
x
| Reply
The Knicks might be looking at signing another key piece before the season begins.