Much of the goodwill the New York Knicks have built up over the course of this young season has washed away and it looks like the team is going to need to make some changes.

The starting lineup has been full of problems so far this season and it might force coach Tom Thibodeau to make some changes to it. The starting lineup of Kemba Walker, RJ Barrett, Evan Fournier, Julius Randle and Mitchell Robinson has spent a lot of time on the floor together and they have not looked great.

In fact, Thibs even benched them in the fourth quarter in the loss to the Bucks. The bench was able to lead the team out of a massive hole and even tie the game at one point, but eventually the Knicks did fall to the defending champs.

Something Thibodeau has been known for is sticking with his veterans, and that’s a big part of why then-rookie forward Obi Toppin didn’t get a lot of playing time last season. In his sophomore season, it’s looking like more of the same thing, and that has led fans to petition on half of Toppin for more playing time.

Thibs needs to start playing Obi more. I’m starting the #FreeObi movement, my man has too much talent and potential to be playing 10 minutes a game behind Taj Gibson and Nerlens Noel 🤬 pic.twitter.com/SoKIRIMfSv

There are many fans out there who’d love to see the young guys play, and while that’s happening with some of them, Toppin seems like he’s a bit of an odd man out if you exclude Kevin Knox who practically gets no playing time.

You might remember that a switch to small-ball lineup in the opener in the Celtics led to a Knicks victory, and that was spurred by putting Toppin in the lineup.

So far this season, he’s averaging 14.8 minutes per game which is a step up from last season, but he’s taking just five shots a game on 55 percent shooting. It’s clear that he can do more and since the starters are struggling together, it might be time to work him into the lineup more.

Obi and IQ before Thibs decided to throw the game pic.twitter.com/VPkeiaLISK

Toppin is the former eighth pick in the draft, so the team clearly values him but he won’t be getting a ton of growth with limited playing time. He does play the same position as Randle, which means his minutes are limited in that regard, but it doesn’t mean he shouldn’t play.

With more and more teams adapting small ball lineups, perhaps that’s what the Knicks should do with him more often. Randle is a threat from outside while Toppin isn’t, but the pair have proven to play well together.

Will a Change Be Made? 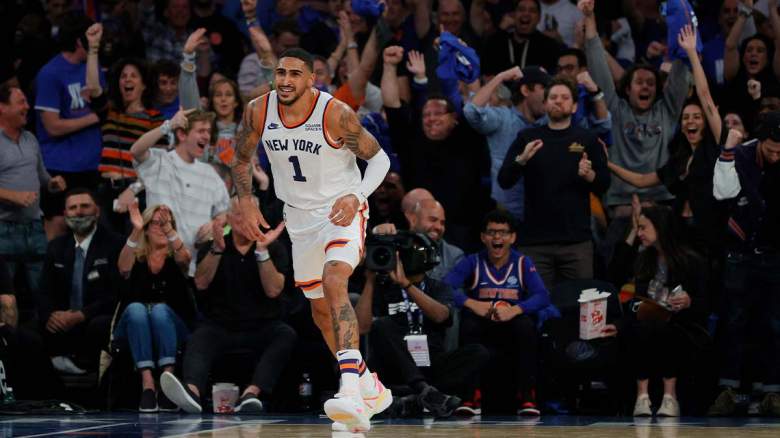 It’s unclear if Thibodeau will make a change yet since the Knicks do still have a winning record and it’s still relatively early into the year. Then again, he doesn’t seem to believe teams need a ton of time to build chemistry with each other, so he might think the lineup is unsalvageable.

With games against the Pacers, Magic and Rockets coming up, this could be what the team needs to get back on track, so fans will just have to keep an eye out for that.

Perhaps Thibs will play around with a new lineup and get Toppin into the mix more often.