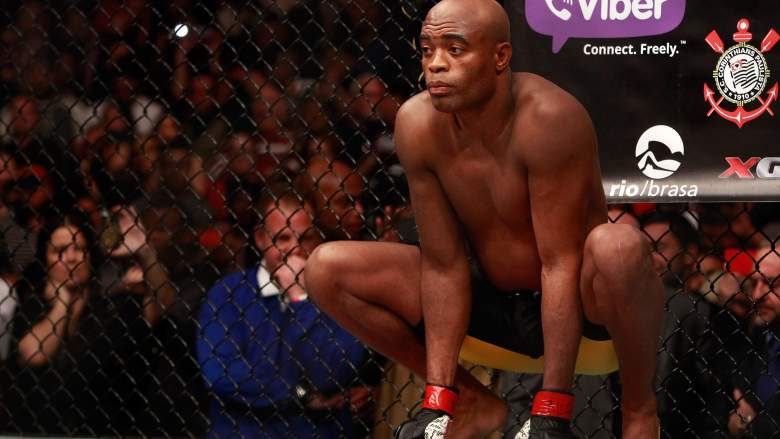 Hours after a report of Anderson Silva replacing Jon Jones on the UFC 200 fight card was denied by the UFC Thursday afternoon, the UFC announced that Silva will in fact fight Daniel Cormier in a three round non-title bout Saturday night.

This shift comes 24 hours after the UFC announced that Jones had been flagged for a positive drug test by the United States Anti-Doping Agency (USADA), leaving Cormier without an opponent at the time. Cormier, who was forced to withdraw from a scheduled light heavyweight bout with Jones on the UFC 197 fight card due to injury, will now take on an opponent in Silva who has fought at 185 pounds in each of his fights since 2012.

With the Brock Lesnar vs. Mark Hunt heavyweight fight being moved to the main event, conflicting reports emerged Thursday afternoon regarding Cormier’s status.

According to Brazilian news website Globo, Anderson Silva was due to be Cormier’s opponent Saturday night in Las Vegas. Silva has a record of 33 wins and seven losses, with 20 of the wins coming by way of knockout and six by submission, but he’s winless in his last four bouts with three being defeats and the fourth being a no contest against Nick Diaz at UFC 183 January 31, 2015. 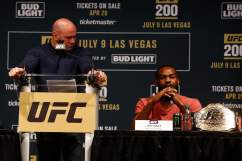 Silva was originally declared the winner of that fight by unanimous decision, but the outcome was changed to a no contest after Silva failed his post-fight drug test. Silva, who maintained his innocence, was given a one-year ban and fined $380,000 by the Nevada Athletic Commission for the failed test. In his most fight Silva lost to Michael Bisping by unanimous decision in February.

Globo’s report was in contrast to that of multiple outlets, including one from Kevin Iole of Yahoo Sports, that a matchup between Silva and Cormier is nowhere near finalized. Also of note is that UFC president Dana White denied the report Thursday afternoon.

White via text: Globo is wrong.

Obviously something changed between that point and late Thursday night, with the UFC revealing that Silva will indeed be Cormier’s opponent.

Given the differences in weight this will not be a title fight, and Silva is two months removed from surgery to remove his gall bladder that led to his being removed from the fight card for UFC 198. Silva is currently in the middleweight division at 185 pounds, and he hasn’t fought at light heavyweight since 2012 against Stephan Bonnar. The originally scheduled fight between Cormier and Jones was slated to be for Cormier’s light heavyweight belt with a weight limit of 205 pounds.

That 20-pound difference is a lot to make up in either direction, especially on such short notice. But even with that being the case, not to mention Silva’s limited training since undergoing surgery, two of the sport’s most recognizable figures will meet in the octagon Saturday night in Las Vegas. 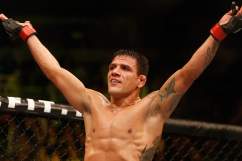 Loading more stories
wpDiscuz
1
0
Would love your thoughts, please comment.x
()
x
| Reply
One report has a replacement being found for Jon Jones, but after denying it Thursday afternoon the UFC announced the fight late Thursday.