So you want to take pictures of space, huh? Fortunately, in today’s day and age, one can take amazing photos of space and other celestial objects using affordable and available technology. We called this list, “Best telescopes,” but in fact, there are other ways to do it. Most telescopes don’t take photographs. However, most telescopes can be fairly easily adapted to fit onto a DSLR using something called a T Ring adapter (see item number two). In this list we’ve also included a cell phone adapter. The list is sorted from lowest to highest price by each item, but here’s a quick mini guide.

If you want the simplest possible solution for pictures of the moon and planets (but not pictures of stars), head straight to item number six, the P900 from Nikon. It’s not the most affordable option, but the footage speaks for itself.

The most affordable option is number one (the cell phone adapter mount) and a telescope. This will allow you to take great pictures of the moon and some of the planets.

The last two items on our list are the most expensive and those are cameras that are specialized for astrophotography. If you’re serious about astrophotography and want to take pictures like this:

This simple mount allows one to attach their smartphone to a telescope. This is by far the easiest and best way to get started. Buying an inexpensive telescope (see item number 4) will run one an additional $140 or so, however, the mount is an inexpensive way to start capturing pictures immediately. The good news is that should one choose to advance their astrophotography, they can simple purchase a T-ring and attach their DSLR to the telescope. This is a great starting point for people who want to do basic pictures of the moon and planets and are willing to fiddle with their telescope. If you want something simpler (but considerably more expensive) Nikon’s p900 may be a better choice since it’s as simple as mounting it to a tripod and zooming in.

If you don’t own a DSLR, here’s a list of the best DSLRs for beginners.

3. Adobe Photoshop (how to get the really stunning pictures)

Photoshop isn’t necessary for astrophotography, but it sure does get things from “good” to “great” for simple usage (like taking pictures through a telescope). For the more advanced stuff, however, it is necessary because it can process RAW images and stack them together. That said, it’s not the only app one will need to create amazing image like this.

Many use this app called Skystacker. It’s totally free. Here’s another image it made. Photoshop is handy and it allows you to work with your images in sophisticated ways. Despite how far camera technology has come, images of deep space that blow minds are actually made in post, and not strictly captured.

Photoshop is a handy part of any photographer’s arsenal in every way. It’s the industry standard for a reason.

This telescope is a great starter scope. It can be used with number one and two on our list, the smartphone mount and a t-ring (and mounted to a DSLR). It has a ton of power and a mobile app that helps make the whole “finding planets” thing a lot easier. If you really want to take amazing pictures, you can also add the Celestron Motor Drive to keep motion consistent and to take stunning photographs of distant things like galaxies and nebulae. With the motor, subjects can stay in view for up to an hour once adjusted. Short of the more advanced mount below (the VX, number 8), this is the more affordable yet non-amateur way to capture astro-pics.

Another really simple solution for taking pictures of the moon and to a lesser extent the planets, is simply a hugely powerful lens. Fortunately, a variety of such lenses exist. One is the Opteka 650-1300mm for Canon or Nikon.

While this isn’t the best way or a way to get truly massive zoom power, it is a very simple way to take pictures of the moon and sky. If you’re intimidated by the process and don’t want to shell out for a P900, then this may be a great way to go.

Buy the Any Huge Lens here.

This camera is hard not to love. It doesn’t have the best optical quality, the fastest shutter response time, or image quality that will blow other cameras out of the water. This camera is a one-trick pony, but it’s quite a pony: It can zoom farther than pretty much any other camera out there. Check out the video below for a delightful sample, but there’s plenty online (such as this one at a beach).

As the video below shows, it’s fairly straightforward to zoom in on distant celestial subjects like the moon, Saturn and Mars. If this camera appeals to you for its weirdness, it is definitely one of the easiest way to see Saturn’s rings with your own device. 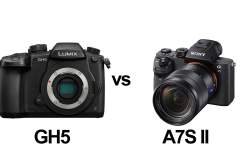 This telescope is for people who want to take amazing pictures with their DSLR. It includes a motorized mount and the image samples speak for themselves. The great thing about this telescope is that beyond the T-ring and your DSLR, one does not need to purchase any more equipment. Obviously, it’s a lot to spend, but if you’re serious about taking pictures of the heavens, this telescope will more than do the trick. 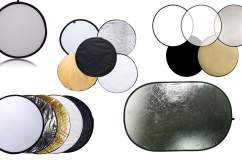 This mount can be added to one’s telescope to hold much more weight and do fine-tuned, sophisticated sky-tracking movement. It allows for long and detailed exposures that will get on to the pictures that really blow people away. Yes, the ones that look like they were taken by the Hubble Space Telescope (but you will need to do post-processing in Photoshop). For those with a telescope already who are looking to take things to the next level, this mount is a great way to do so. It has a huge capacity of almost 30 pounds meaning one can really put a huge ‘scope on it.

In the manufacturer’s words, this camera, “Employs an optical IR cut filter with specific transmission characteristics (characteristics in the 656nm range), enabling the capture of nebulae and distant galaxies that emit H-alpha wavelength in red.” Does that really need any further explanation?

Of course it does, but the simplest explanation is this: this camera sees light other cameras can not. Unfortunately, this is a very specialized tool and it cannot take pictures under normal circumstances. Well, it can take them, they’re just not very good. Check out more D810A image samples to get an idea for its abilities. If this kind of thing suits you, there isn’t a better camera to do it with. Though, the camera below does offer a lot more practicality and can still take some awesome pictures of the night sky. This camera is made for astrophotography but it can be used for other purposes with some color tweaks and adjustment to color profiles; results as a general purpose camera may vary.

If you’re looking for an all around camera that also happens to take amazing pictures of the sky, the 5DSR is a pro piece of gear that is less specialized than the D810A, but takes some amazing pictures, such as this. Beyond its astrophotography capabilities, it has a ton of great faetures including a huge 50.6 megapixel sensor, 1080P movies, and a low noise sensor. While it’s not a good choice for video (1080P boo!), it’s a great stills camera that will actually let you do things beyond take pictures of the heavens above. It’s a very sharp camera because it has so many pixels and no low pass filter unlike other Canon models. Therefore, it captures massive amounts of detail with any edge softening or similar effects. This is a great camera for professionals who want a camera that also takes great pics of the night sky.