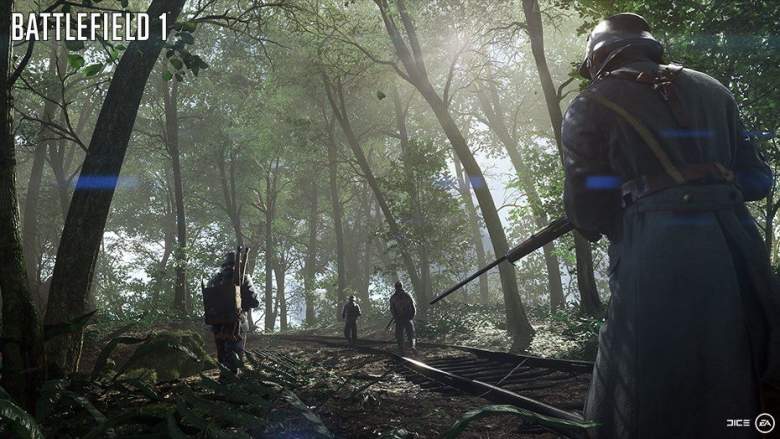 Battlefield 1 is now available for Playstation 4, Xbox One, and Windows. (DICE)

Battlefield 1 is currently one of the most well-populated games on consoles and PC, and with that comes a lot of server strain. The online shooter has experienced quite a few crashes since it launched on October 21st, sometimes kicking players out of games and sometimes refusing to connect them in the first place. But how can you be sure if the servers are having widespread problems or if it’s just an issue you’re having with your internet connection?

Electronic Arts hosts Battlefield 1, and Down Detector has a page on its website devoted entirely to the company’s servers. It’s updated constantly, and the map will show you areas where there are widespread problems. On the map below, which was taken on the morning of October 31st, you can see that there are some issues on the East Coast of the United States including in New York and in Florida, but there is a massive outage in Europe affecting parts of the United Kingdom, France, and Germany.

The Battlefield 1 outage map as of October 31st. (Down Detector).

You can also scroll down to the bottom of the Down Detector page to see comments from users, which can give you a bit more specifics about the Battlefield 1 issues and where other players are experiencing them. It’s also worth checking in with the official Battlefield Twitter page; when there’s a massive outage that affects millions of players, they’ll usually put up a tweet like this making gamers aware that they’re looking into the problem:

We are currently investigating reports of connectivity issues with Battlefield 1. Stand by for updates.

Unfortunately, these periods of downtime often happen exactly when a lot of players have the free time to play Battlefield 1, such as on weekend nights. But this is not unusual for an EA game within its first month of launch, so for now, fans will just have to be patient.

In some cases, these outages are also essentially out of the company’s hands, as they are the result of DDOS attacks. These denial-of-service attacks are perpetrated by hackers who overwhelm a system with traffic all at once in an attempt to take it offline. This is the same reason many popular websites like Twitter and Spotify crashed on October 21st, the same day Battlefield 1 launched.

When the Battlefield 1 servers crash, you may have a mini freakout when you notice that your stats appear to have been completely reset. Don’t worry: this is just a temporary glitch, and you have not actually been returned back to level 1 as it appears on the screen. Everything comes back to normal when you’re connected to the servers again.