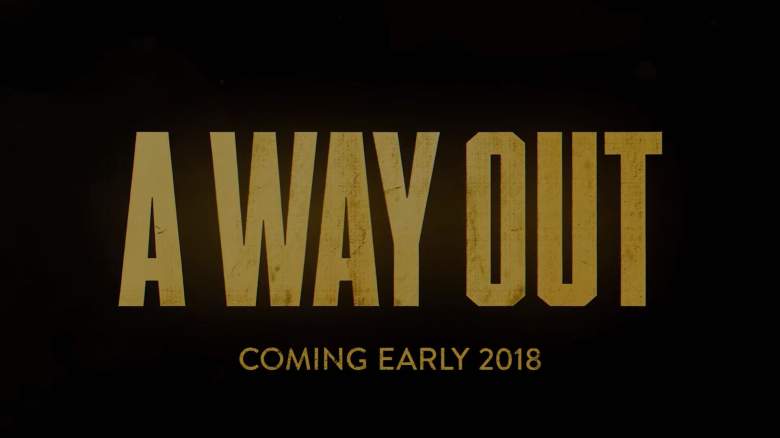 A Way Out, an EA Originals title from the minds behind Brothers – A Tale of Two Sons, is a game that is being developed strictly with co-op in mind. We have seen co-op focused titles from EA in the past, particularly with Army of Two, but A Way Out looks to take that idea and expand it even further. Josef Fares, Writer and Director at Hazelight, who partnered with EA for this title, spoke more in depth on how he got the idea for the game.

This game is going to bring a co-op experience unlike anything you have ever seen before,” said Fares in a press release. “The idea for A Way Out came when me and a friend tried to find a story driven co-op game that wasn’t a drop-in/drop-out experience. We simply could not find a game like that. We’re also bringing an innovative look into how to tell the story of both these characters. Players will be immersed in the game with the way we change the display from a full screen experience seamlessly to different cinematic split-screen formats. By focusing on the two characters in different ways, it opens up a huge variety of gameplay, as we really wanted to avoid repetitions so they will get to know the characters through very different situations.

A Way Out is unique in the fact that although it will feature online co-op, you will still be able to see your partner on your screen through split-screen co-op. This means you will also know what your partner is up to. There may be parts of the game where you’re stuck watching a cutscene while your partner is off doing something else. There truly has been nothing like this of the sort before. Unfortunately, for those of you who usually game alone, and we know there’s a lot of you out there, this game doesn’t look like it will have a way to appeal to you.

The story of A Way Out takes us to prison with two separate inmates, Leo and Vincent, who don’t know each other. While their individual stories progress, players will have to build a relationship based on trust as they break both men out of prison into the world beyond. The game is especially focused on couch co-op and from the sounds of things, a single player mode will not be included. Besides, who wouldn’t want to play a prison break game with a friend? The trailer shows that eventually we’ll be free from the prison and in situations like a turret in the back of a truck.

The EA press conference stressed this game was best played with a friend through couch co-op. Can you think of the last game this decade that suggested that as the best way to play? It’s an idea that has become so rare, we get excited when we hear news of game having couch co-op instead of just expecting it. Remember when it used to be a forgone conclusion that a Halo title would have split-screen couch co-op?

There’s no doubt we’ll be seeing someone attempting to play these game by themselves with two controllers on Twitch upon launch, but we’re excited for that possibility. For those who have been complaining about the lack of split-screen co-op options this generation, this game is for you. This is a big risk to take, in the era where we have full blown MMO titles featuring strong single-player content like The Elder Scrolls Online and Star Wars: The Old Republic, but only time will tell how this turns out.

We don’t see a ton of new ideas in the video games industry nowadays so we’re excited to see this fresh new idea see the light of day. Whether it will perform as well as it sounds is another matter entirely.

A Way Out will be available as a digital download in early 2018 for Xbox One, PS4 and Origin for PC.