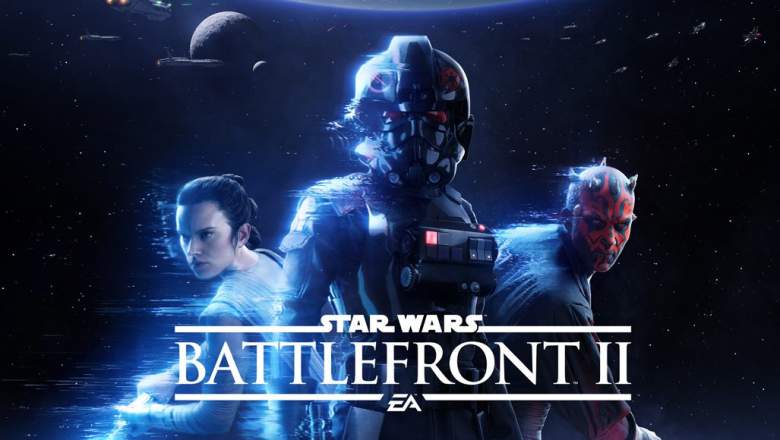 We are getting our first glimpse at Star Wars Battlefront II officially today and there’s a lot to talk about. However, this didn’t stop the patented E3 leaks from happening. A 12-minute gameplay video has popped up throughout today, showcasing many of the heroes. Today’s stream will show us prequel-content, something that was not available in the first Star Wars Battlefront. Viewers will be able to see the “Assault on Theed” which is Naboo’s capital city.

The 20v20 match showcased a number of heroes including Rey, Darth Maul, Boba Fett and Han Solo. We saw a lot of hero gameplay, especially from Rey and Darth Maul, which showed us that heroes operate in different way than they did in Star Wars Battlefront. One thing is noticeable right away and that’s that lightsaber combat looks much more fluid. One of the common complaints from the first Battlefront is that the lightsaber combat just consisted of lunging forward and it just didn’t feel right. 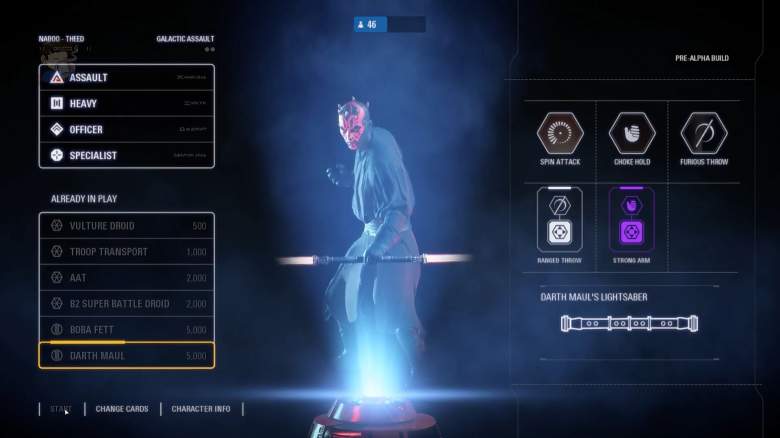 The lightsabers also no longer result in one hit kills on the clone troopers, voiced by Dee Bradley Baker, but will instead require a flurry to finish them off. This gives normal soldiers a chance to fight back and not instantly accept their fate like they had to in the first Battlefront. The stream showed off the twirling lightsaber and acrobatics that Darth Maul has come to be known for. Now this is Star Wars Battlefront II. Darth Maul’s entrance was marked with “The Duel of Fates” so that was nice touch. He is also voiced by his The Clone Wars and Rebels voice actor, Sam Witwer.

Heroes are now unlocked using Battle Points, meaning you earn points in the game to eventually unlock the higher tiered heroes. For example, Darth Maul and Boba Fett cost 5,000 points  while an AAT will only set you back 2,000 points. 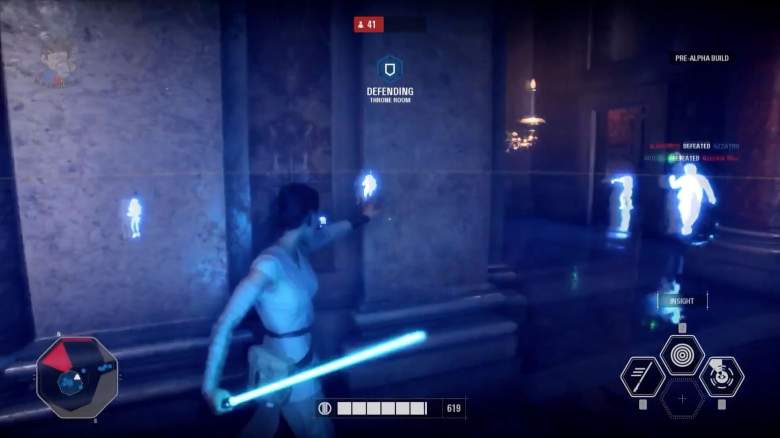 We also have some information regarding Rey, another new hero. In Star Wars Battlefront II, Rey is sporting a blue lightsaber, likely what she’ll be seen with in The Last Jedi. She sports a scan ability that allows her to see through walls and call out enemies to her team. She comes with 600 hit points and, like Darth Maul, and can be killed pretty easily if you aren’t playing close attention. It looks like the Jedi/Sith heroes will start off with more hit points since Boba Fett only started with 500 hit points. Although the hit points are higher, heroes don’t appear to be as strong as they were in Battlefront 1. This could have been done to compensate for multiple heroes running around for each team. 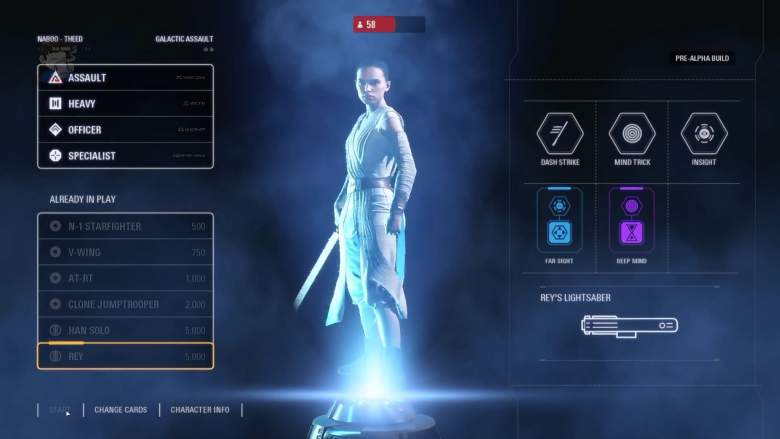 Another major change we saw in the stream is the fact that hero health now regenerates over time while they are out of combat for a while. It remains to be seen if this system will still receive some tweaks before the final release but we liked what we saw so far. We got to see an N1-Starfighter burn Darth Maul shortly after his spawn so it might need some work. This might be a special occasion since it is a gameplay reveal, but it looks like you will be able to mix and match heroes from all eras since we have Rey and Han Solo fighting against Boba Fett and Darth Maul.

Star Wars Battlefront II is coming November 17 for Xbox One, PS4 and Origin for PC. What else did you see in today’s stream? Let us know in the comments below! 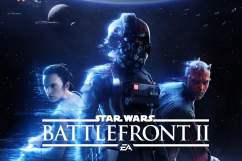