Overwatch’s newest event, Halloween Terror, is only a few days away and the leaks are starting to come in. Perhaps one of the most anticipated times of the year for Overwatch fans, this special event is seeking to bring a plethora of terrifying new outfits for players to wear. Spotted and subsequently posted on Reddit by user Mnemosynaut players got a look at three new skins for Symmetra, Zenyatta, and Mei.

Here are the three new skins that were leaked today:

For those that are unaware of what these skins are trying to convey, Zenyatta is taking the form of Cthulu or a typical cosmic horror beast. Symmetra is a demoness and Mei is actually a Jiangshi which is a Chinese vampire.  These mark the first skins outside of McCree and Reaper that have been revealed and we have no doubt that they are of the Legendary rarity.

Our personal favorite is the Cthulu Zenyatta which looks absolutely fantastic from top to bottom. Expect these outfits to cost 3,000 coins so you better start saving up if you want to add them to your collection. If you want to obtain any of the older skins then you will only have to pay 1,000 coins so make sure to nab that Junkenstein or Witch Mercy skin while they are available.

One interesting detail is we can actually see the inside of the Eichenwalde’s castle, which looks converted into Dr. Junkenstein’s lab. This may either confirm that the Hybrid map is getting a Halloween makeover or that this is the next section for the assumed return of Junkenstein’s Revenge. Given the waves of positive feedback this game mode got when it first released back in 2016, we fully expect its return. Now if you excuse us, we need to start grinding for coins so we can afford all these amazing Overwatch outfits. 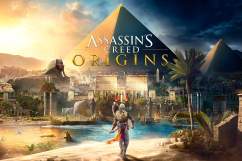