It looks like our first opportunity to get some freebies in Fortnite has now arrived and there are two free sprays that will soon be available.

All of this is being done as part of the new fashion drop, a way to get some more looks for your favorite skins. This will also be part of a physical clothing line if you’re interested in that too. No, there’s nothing to do with cubes this time around.

If you want to take a look at some of the real-life designs, get prepared to spend a lot of money here.

Anybody who’s trying to spend much less money, none at all as an example, then you’d be interested in learning how to get two free sprays.

On September 21 and running for a whole week, Shady Doggo will be your guy.

How to Get 2 Free Sprays

The two sprays are earned quite simply as all you’ll have to do is complete two quests from Shady Doggo.

Now, this will all go live on September 21, so it’s not available in Fortnite at the time of this writing.

From the blog post, it sounds very easy to do as this is what it says:

Fortnite leaker FireMonkey also leaked the quests for us, so you can just look at those.

The game will likely tell you exactly when the quests go active, so if you’re playing Fortnite at the time, just keep an eye on the news feed.

Who is Getting New Outfits? 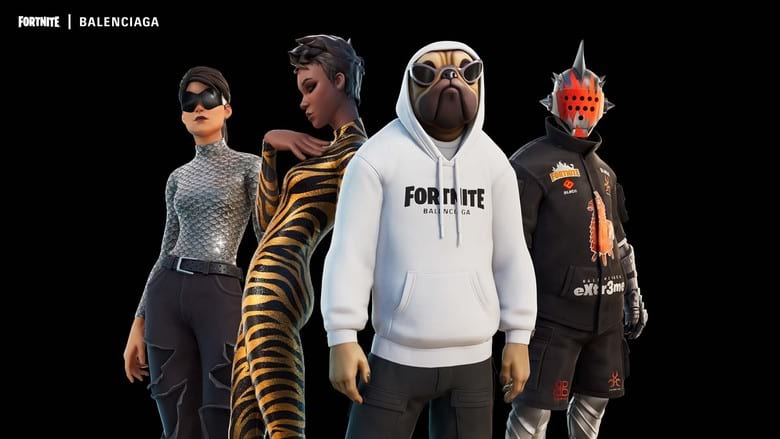 If you’re in the business of picking up new skins, then you might be interested in learning what skins will be getting an overhaul.

Well, you can get a look at the four of them above, but here’s what their official names will be:

There will also be a bunch of new Back Blings to pick up to go along with new pickaxes, gliders, wraps and emotes.

It’s a big cosmetic release going on here, so if you like any of the styles that you see, be prepared to spend a lot of your V-Bucks.

There hasn’t really been any must-buy skins of Season 8 just yet, so these could prove to be the very first. If there’s one thing we know about Fortnite, these are just the beginning of the cool skins.

With rumors of a Naruto skin coming some time this season, it seems like the skins are only going to get cooler from here on out.

READ NEXT: Fortnite Arena Mode Getting Major Changes in Season 8

Loading more stories
wpDiscuz
0
0
Would love your thoughts, please comment.x
()
x
| Reply
Here's how to get the Fashion Doggo and Knight Looks Sprays for free in Fortnite.