One of the lesser known things about Fortnite Season 4 has been the fact that there’s a hidden style for a particular back bling in the game.

Throughout the entire season, there has been a sentinel graveyard on the map, and while we’ve gone there for challenges to unlock Wolverine, there really hasn’t been much of reason to return there.

As it turns out, there has always been a good reason to visit this area, and if you do it with a particular back bling, you’ll even be able to unlock a hidden secret.

Here’s how to unlock the variant style for the Wolverine’s Trophy back bling in Fortnite.

Equip The Back Bling & Go To Sentinel Graveyard 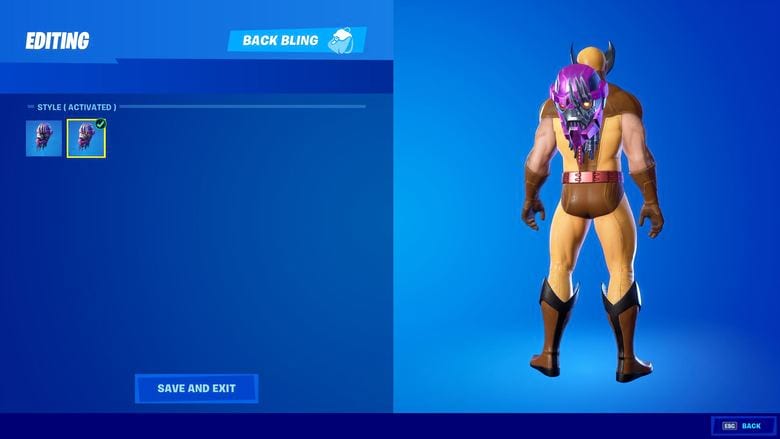 First things first, you’ll have to equip the Wolverine’s Trophy back bling, which is the one that’s the detached sentinel head. You can pop on the Wolverine skin if you’d like to as well, but it shouldn’t be needed for this quest.

Now, you’ll have to glide in towards the Sentinel Graveyard and be on the lookout for the giant robot without a head. If you land on top of this one, you’ll complete the hidden quest.

The game will give you a prompt and then you’ll notice the eyes on the back bling light up and turn on. It’s a subtle change, but still cool.

Now, you’ll be able to switch between the two styles in your locker. The only difference between the regular and activated styles is the activated one will have lights and make some noises every now and then.

He hungers for the Zero Point.

Galactus is closing in.

There’s not a lot of time left in this season to do this hidden challenge, so if you want to unlock this special back bling style, you’ll have to do it fast.

The season wraps up on December 1, so you still have a little bit of time to land at this graveyard, but once the event arrives, you will have missed your window.

READ NEXT: Where to Harvest Buses & RVs in Native Fortnite Locations

Loading more stories
Here's how to get the hidden second style of Wolverine's Trophy back bling in Fortnite.