Obviously, the inhabitants of the Fortnite island have a huge issue on their hands and it’s the ongoing alien invasion.

It sounds like Doctor Slone is going to be more than up to the task of dealing with it, but a giant Mothership looming over the island is nothing to sneeze at.

While this is what most of the people should be focused on, there’s also something smaller going on behind the scenes that might interest you. While it’s not quite to the same level as some of the other wacky storylines playing out, something to keep an eye on is this strange chair.

It’s been around for several seasons now, but in Season 7, it’s just now starting to do some weird stuff.

If you take a look at it now after the most recent Fortnite update, you’ll even be able to notice that it’s growing in size.

Watch Out For the Chair

The Tiny Chair has begun to increase in size.

Thanks to my Discord server for pointing this out! pic.twitter.com/nZgfFRma9i

For some reason, this very small chair is beginning to grow in size. We’re not exactly sure what the idea is behind this, but it’ll be worth keeping an eye on.

Remember the plot that played out earlier in Season 7 involving Bushranger? This could end up being something similar where it has no bearing on the main plot, but it will be something worth following if you do notice it.

It’s little things like this that help the island feel alive, and thanks to a certain player, we know exactly how alive the island is.

If you head over the chair right now, you’ll see that it’s still very, very small, but apparently that’s still a little bit bigger than it was before.

The end of the season is coming up fast, so if this chair is going to continue growing, then it’ll be happening very fast.

Where to Find the Chair 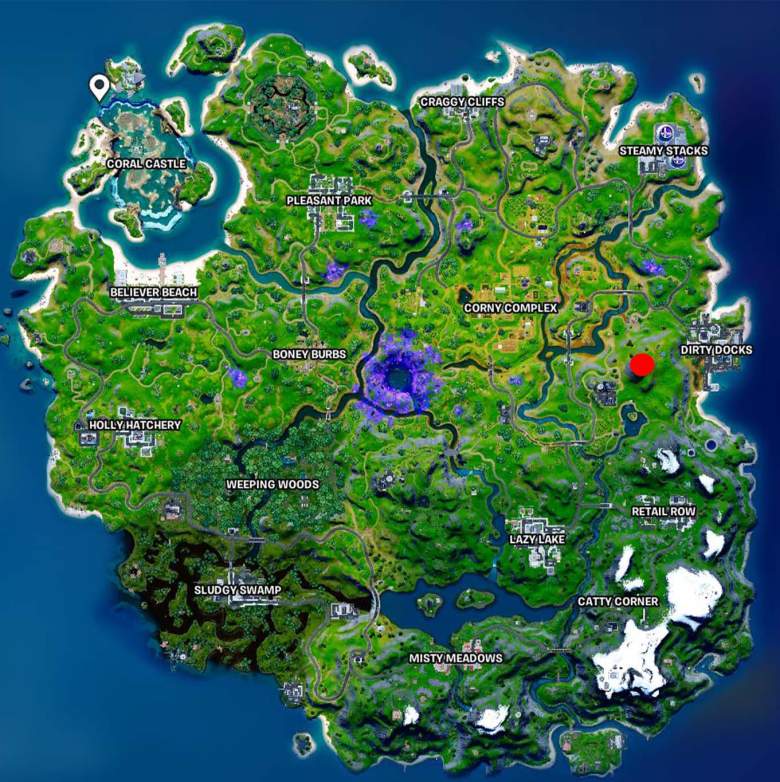 If you want to visit the chair for yourself, you can do so by climbing up the huge hill to the west of Dirty Docks.

At the top of this hill you’ll find a chest and an ammo box. At first glance, you might not even see the chair we’re talking about. If you pull out your magnifying glass and look next to the chest and ammo box, then you’ll notice a teeny, tiny chair.

It’s been here for a while now, so you’ve might’ve walked past it before without even realizing.

We don’t yet know what impact this strange landmark has on the game, if any, so just keep an eye out for any more changes in the future. Realistically, this will probably end up being something fun to keep an eye on, but it won’t lead to any crazy changes or anything of the sort.

It will be cool to see this chair survive into the next season so its transformation can continue. In the meantime, we’ll just have to keep our eyes on the sky as the Mothership continues to wreak havoc on the island.

Loading more stories
wpDiscuz
0
0
Would love your thoughts, please comment.x
()
x
| Reply
Keep an eye on this chair in Fortnite.