Gilberto Valle, 28, New York’s “Cannibal Cop,” has been found guilty of all charges he faced, including conspiracy to kidnap and illegally gaining access to a law enforcement database, in the United States District Court in Manhattan this morning. Valle will face sentencing on June 19.

1. Valle Could Face Life in Prison For His One Count of Conspiracy to Kidnap

There is also the likelihood that he will face a full five-year sentence for the charge of using NYPD equipment to seek out potential victims. While the verdict was read, the Wall Street Journal reported that Valle:

2. During the Trial Valle’s Wife Testified Against Him

Kathleen Mangan, Valle’s wife, told the court about how she found about her husband’s sick plots, one of which involved eating her.

I was going to be tied up by my feet and my throat slit, and they would have fun watching the blood gush out of me because I was young

She also spoke about Valle showing her a pornography magazine that included a dead woman on the cover. 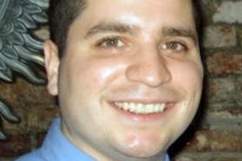 3. Valle’s Activity on BDSM-Fantasy Websites Was One of His Defenses

Valle’s attorney said in his defense:

It was all fantasy — sick, twisted, ugly fantasies, traded on the computer, that’s what this prosecution rests on, the ugliness of Gil’s thoughts.

One of Valle’s online pseudonyms was Girlmeat Hunter. During the trial prosecutors brought the jury through an online tour of websites that were found on the ex-NYPD’s Internet history.

US Attorney Preet Bharara told reporters after the verdict had been read out:

…the Internet is a forum for the free exchange of ideas, but it does not confer immunity for plotting crimes and taking steps to carry out those crimes.

4. Valle Worked Out of the 26th Precinct in Manhattan

The Cannibal Cop was a six-year veteran assigned to the 26th Precinct on 126th street, in Harlem, Manhattan. Valle is a native of Queens.

Valle’s alleged accomplice, Michael Vanhise of New Jersey, is still on trial. It’s believed that Valle negotiated a price with Vanhise between $4,000 and $5,000 to kidnap a woman for torture. 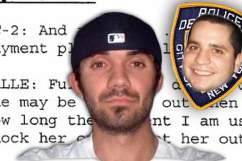