Oklahoma City Thunder star Kevin Durant has pledged to donate $1 million to the American Red Cross in the wake of the monstrous tornado that devastated the city of Moore, killing dozens.

@kdtrey5 steps forward and gives $1mil matching gift to the ARC for disaster relief, text “REDCROSS” to 90999 for a $10 donation.

One of the best photos of the day!! twitter.com/ChristineFox25…

Durant has taken to his Twitter page in the last 24 hours to pledge his support and prayers for the people affected by the tragedy. He had previously been inactive on the social media site, with his last tweets coming at the beginning of May.

Praying for the victims of the Tornadoes in OKC these last few days..Everybody stay safe! 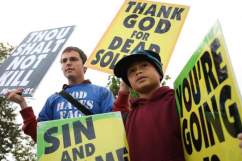