The sheriff’s office in Marion County, Florida, has issued an arrest by extradition warrant for Jose Manuel Martinez, who they believe is responsible for a double homicide in 2006.

When they found Martinez, 51, in an Alabama jail, he confessed not only to being responsible for the double homicide, but also said he had killed more than 30 other people across the country working as a hitman.

Here’s what you should know about this allegedly prolific contract killer.

1. He Was Caught by DNA on a Soda Can

Authorities were reexamining the evidence from a cold case file dating back to 2006 in the Volusia County, Florida, double murder of construction workers Javier Huerta, 20, and Gustavo Olivares-Rivas, 28, when the DNA from a cigarette butt in a Mountain Dew can in the victim’s truck turned up a positive hit on Martinez.

2. The 2006 Slayings Were Tied to a Huge Cocaine Theft

Perhaps lending some credibility to Martinez’s story, detectives have said they do believe the 2006 murders were a contract job related to the theft of 10 kilos of cocaine during a home-invasion robbery.

Martinez claims he tortured Olivares-Rivas, and then tied both men up and shot them.

Although Martinez would not reveal who allegedly hired him to do the job, he told authorities:

If I didn’t do the job, someone would have. …

They hired the best.

3. His Extradition Will Be a ‘Nightmare’

Authorities are asking that Martinez be extradited back to Marion County, Florida, to face charges in the 2006 double homicide, but because his case in Alabama is still pending, his extradition may cause a “logistical nightmare,” says Chief Assistant State Attorney for Florida Richard Ridgway.

4. He Was Trying to Sneak Into Mexico When He Was Arrested

Martinez was caught in Arizona running for the border trying to sneak into Mexico, reports Lakeland, Florida’s The Ledger. He was placed in a Yuma County jail when he was extradited back to Alabama in connection with the murder there.

5. Authorities Have Been Able to Confirm 11 Other Murders So Far

History of American Mass Shootings: 10 Facts You Need to KnowAmerica didn't invent shootings, but they sure seem to happen here more than anywhere else. Here's 10 Facts about mass shootings since 1963 in America that you need to know. Sources: 1. http://www.motherjones.com/politics/2012/07/mass-shootings-map 2. Wikipedia Pages of various killers. 3. Murderpedia.org (various killers pages) Transcript: America didn't invent shootings, but they sure seem to happen here more than anywhere else. Here's 10 Facts about Mass shootings in America that you need to know. 1. Since 1983, there have been at least 62 mass shootings. The three worst in terms of death were Newtown, Virginia Tech, and the Luby's massacre at 28, 33, and 24 fatalities respectively. 2. All but one were committed by men. Jennifer San Marco is the sole female perpetrator in the last 30 years of mass shootings. She killed 7 and is known for "going postal." Curiously, she once tried to start a publication entitled The Racist Press, and even worked as a police dispatcher at one point. 3. The youngest mass killers were 11 and 12 year old boys. Mitchell Johnson and Andrew Golden were two boys who killed 5 girls in Jonesboro, Arkansas in a school shooting that rocked the nation. They were tried as juveniles, and according to Arkansas state law could only be held max until they were 18. Their motivation was unclear, but they had spoken of wanting to be Bloods, and told people that they "had a lot of killing to do." 4. In only 12 mass shootings were weapons obtained illegally. In about 80% of mass shootings, the weapons were purchased legally. For a total of 143 weapons used, about 1/3 of them would be rendered illegal by the Assault Weapons Ban of 2013, but that measure was rejected by the senate. 5. Over half of mass shooters committed or attempted suicide. While it's up to debate how many of the shooters actually wanted to commit suicide, this is the number that explicitly killed themselves. It's hard to tell for sure because "suicide by cop" is essentially firefighting with the police and aiming to lose. The most bizarre case was that of Arthur Wise who tried to kill himself by drinking insecticide. He was executed 8 years later by lethal injection. 6. Strange motivations include: Pantera's break-up, gays in the military, and killing racists. Nathan Gale killed former guitarist of Pantera. He was obsessed with the band and yelled something about their break up before murdering 4 and being decapitated by a police shotgun blast. Kenneth Junior murdered four and during the shootings yelled "I'll show you Clinton, about letting gays into the Army," meaning President Bill Clinton. Clifton McCree, a black man, killed 5 of his white co-workers and said he was glad he did it. Apparenly this was rooted in the fact that he was drug-tested and lost his job, while none of the white coworkers were tested at all. 7. 23 mass shooters killed co-workers, or were at their workplace. 3 of the cases were the stereotypical "going postal" or a post office employee kills at the post office. Many of the cases involve being fired, or other disputes with co-workers. Perhaps strangest is the case of Nathan Dunlap, who killed 4 at his workplace of Chuck E Cheese at the young age of 19. 8. 10 of the mass shootings happened at schools. Universities, colleges, and nursing classrooms– but also an Amish schoolhouse. Charles Roberts shot 10 young girls in a one-room school house in Pennsylvania. 9. Not one of the shootings was stopped by a civilian with a gun. In every case where a civilian got involved in this manner they were either gravely injured or killed. 10. 2012 was a record year for mass shootings. WHile firearm homicide deaths have trended downward over time, mass shootings hit their peak in 2012 with 7 mass shootings and over 140 injured or killed.2013-06-06T18:22:22.000Z 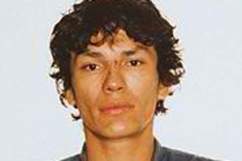