Sitting at a desk somewhere in the world, an NSA analyst types your Facebook username into a window. Seconds later, he is looking at you Facebook chat your friends in real time. That is what was uncovered today in new documents leaked by Edward Snowden and published by Glenn Greenwald and the Guardian. This leak reveals the most far-reaching government surveillance program yet: XKeyscore.

According to Greenwald, the program is designed to give NSA intelligence analysts the ability to survey almost any Internet activity and communications between foreign “targets” and American citizens without a warrant. However, the program would allow analysts easy access to any American’s private Internet information by simply plugging in an email address or IP address.

I, sitting at my desk…[could] wiretap anyone, from you or your accountant, to a federal judge or even the president, if I had a personal email.

Here is what we know so far about this secret and intrusive program:

1. It Allows Analysts to Search Your Emails

According to the leak, The XKeyscore program allows an analyst to sift through and keyword search any “targets” email account.

The analyst would only need to know a persons email address to gain access. Once inside, the analyst can search within the, “bodies of emails, webpages and documents,” and even, “To, From, CC, BCC lines.” In a similar fashion the wide-ranging surveillance program could peep on virtually all kinds of internet communication.

Unlike PRISM, the NSA program revealed by Snowden earlier this year, XKeyscore does not rely on compliance and cooperation from cooperate internet service providers. PRISM depends on the secretive Foreign Intelligence Surveillance ACT (FISA) court to legally compel cooperation from companies like Google and Facebook to turn over information about their users. XKeyscore utilizes massive data collections to make your information available to the NSA and requires very limited justification for use (See Fact 4).

Another thing XKeyscore is reportedly able to do is give NSA or contractor analysts the ability to look at Facebook chats and private messages.

Greenwald points to an NSA tool called the “DNI Presenter” which allows the government to read unopened emails, but when used in tandem wit XKeyscore, lets the surveyor peep through all Facebook chats and private messages. Again, the leak asserts that all an NSA analyst would need to access this information would be the “target’s” Facebook username.

3. It Collects Massive Amounts of Data

The leaks reveal that the NSA is capable of retaining an unbelievable amount of information. Greenwald writes that one NSA report from 2007 estimated that around 150 billion internet records were currently stored, and that each day 1 to 2 billion more were added.

XKeyscore stores this information and acts like a search engine, allowing the NSA to sift through the content.

Could this be the staggering amount of information prompting the government to build the nearly $2 billion data storage center in Utah? 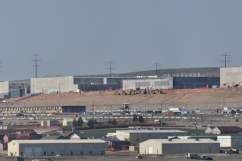 4. Only Limited Justification is Needed

Both the leaked slides and Snowden’s testimony attest to the fact that the bare minimum of justification is needed to utilize XKeyscore.

One slide demonstrates an interface screen for the program which contains a field to enter the target’s email address and below it, a small field where analysts need only enter a broad “justification” for the search.

Snowden told the Guardian in June that occasionally supervisors would review the searches being made by the analysts using XKeyscore and occasionally tell them to, “bulk up the justification.” This means that NSA employees are conducting invasive searches of internet data without proper probable cause.

5. The Government Has Called This Leak a Lie

According to the Guardian story about the program, the chairman of the House intelligence committee Republican Representative Mike Rogers (R-MI) has denied that that government is capable of these feats saying of Snowden, “He’s lying. It’s impossible for him to do what he was saying he could do.”

The release of the XKeyscore documents today took the wind out of the Obama administration’s sails after they released formerly classified documents detailing the NSA collection of cell phone metadata. The revelation that the FISA court was compelling major cellular phone providers like Verizon to hand over metadata to the U.S. Government kicked off the summer of leaks almost two months ago.

The documents released by the Obama administration today try to soften the blow by claiming that metadata could only be accessed when a member of the executive branch finds, “facts giving rise to a reasonable, articulable suspicion.”

These documents went relatively unnoticed in light of the XKeyscore revelations.