The emails allegedly show proof that the two planned and orchestrated the George Washington Bridge traffic fiasco of September 2013 as retribution against local Democrats in Fort Lee, New Jersey.

What I’ve seen today for the first time is unacceptable. I am outraged and deeply saddened to learn that not only was I misled by a member of my staff, but this completely inappropriate and unsanctioned conduct was made without my knowledge. One thing is clear: this type of behavior is unacceptable and I will not tolerate it because the people of New Jersey deserve better. This behavior is not representative of me or my Administration in any way, and people will be held responsible for their actions.

Here is what you need to know about the man wrapped up in this new scandal:

1. He Was a Childhood ‘Friend’ of Christie’s

Chris Christie and Wildstein attended the same high school. While in school, according to a long article published by NorthJersey.com, Wildstein became politically active and even worked as a campaign volunteer with Christie. Despite their proximity, Christie maintains that the two knew each other but were not “friends.”

At 16 years old, Wildstein sued to get on the county Republican Committee and ran for school board.

By 23, he was elected to his town council.

2. He Was an Influential Blogger With a Secret Identity

It appears PolitickerNJ has taken down all posts by “Wally Edge.”

Wildstein’s tenure as “Edge” was outed when he left his job at PolitickerNJ after Governor Christie “allowed” him to be hired to the position of director of interstate capital projects at the Port Authority of New York and New Jersey. “Wally Edge’s” real identity was outed by nj.com in June, 2010.

3. He Allegedly Conspired to Close a Bridge for Political Retribution & Resigned

In September 2013, the Port Authority closed lanes to the George Washington Bridge for a “traffic study.” The closures had disastrous effects on traffic heading from Fort Lee in Democrat-dominated northern New Jersey to New York City.

It did not take long before people began suspecting the unplanned closures were political retribution because the Democratic Mayor of Fort Lee, Mark Sokolich, refused to back Christie’s campaign for re-election.

You can read all of the recently leaked emails between Wildstein and a top Christie aid above.

Amid the scandal over September’s George Washington Bridge closure, Wildstein resigned from his $215,000-a-year position at the Port Authority in December.

Christie’s press release concerning Wildstein’s resignation makes an appearance at the end of the email thread released today by The Wall Street Journal. The email from Christie’s press secretary Michael Drewniak to Wildstein contains the statement:

Mr. Wildstein has been a tireless advocate for New Jersey’s interests at the Port AUthority. We are grateful for his commitment and dedication to the important work of the Port Authority and thank him for his service to the people of New Jersey and the region.

4. The Lane Closures May Have Caused Deaths

NorthJersey.com reported today that during the time when the lanes were closed in Fort Lee, ambulances were delayed to four calls.

One woman, a 91-year-old who was already unconscious, died later that day after the ambulances arrival was delayed.

After his resignation from the Port Authority, public radio station WNYC ran a story about the new and odd way Wildstein was keeping himself in the news. Starting in December, he began buying up domain names that could become useful to New Jersey Democrats should they run for re-election.

He reportedly purchased 50 domains in all, including ones using the names of Bob Sommer, Democratic politician and strategist, Steven Fulop, the Democratic Mayor of Jersey City, and liberal political columnist Shawn Boburg. You can read the full list here. 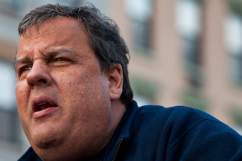 Loading more stories
wpDiscuz
0
0
Would love your thoughts, please comment.x
()
x
| Reply
Wildstein, who has a long and strange political past, is at the center of Chris Christie's bridge-traffic scandal.