Josh Boren, 34, a cop from Spanish Fork, Utah is believed to have killed his wife, Kelly, 32, children Jaden, 7, and daughter Haley, 5 as well as his mother-in-law, Marie King, 55 before turning the gun on himself, reports Fox Salt-Lake City.

1. Boren Had Been Due to Work the Night Shift

Josh Boren with his son, Jaden, in December 2013. (Facebook)

The Lindon City Police Department is saddened to learn of the tragic events which occurred at the Spanish Fork home of Officer Joshua Boren on Thursday, January 16, 2014.

Officer Boren was selected for hire in October from a field of over 70 highly qualified applicants and had performed admirably as a patrol officer. His conduct, behavior and professionalism were exemplary.

We are shocked and saddened by the events as they appear to have occurred. We are working closely with the Spanish Fork Police Department to investigate and hopefully come to an understanding of this tragic occurrence.

In addition to his role within the Lindon police, he was a former Utah County Sheriff’s corrections officer. According to the Salt-Lake Tribune, Boren became a cop in October 2013.

This photo on Kelly’s Facebook page is accompanied with the caption, “This little girl and her Daddy.” (Facebook)

Boren’s commanding officer told the media that the couple were experiencing marital problems over the past few months. Judging by posts on the Kelly Boren’s Facebook page, the family had taken a vacation to California over the holidays.

Spanish Fork Chief Cody Cullimore said that Boren adored his children and that when he notified the other members of the department about the incident there was “universally expressed shock.”

3. Bodies Were Found Around the House

King’s mother-in-law, Marie King was found dead in a separate bedroom in the house to the rest of the family. Marie King had moved into the home around four years ago. No suicide note was found. Around the house, shown above at 37 N. 630 West in Spanish Fork, investigators reportedly found shotgun casings, all of the victims were dead of gunshot wounds.

King’s wife, Kelly, was a native of Northampton in England. According to reports, she worked as finance director for Bluffdale City.

5. The Town is the Home of Brigham Young

Spanish Fork is a town of 36,000 close to Provo, Utah. It’s best known as the home of Brigham Young University. 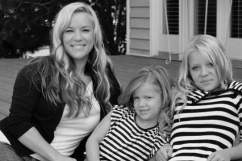