WBC will picket funeral of Pete Seeger, proud fag-enabler. Pr 21:4 An high look, and a proud heart, and the plowing of the wicked, is sin.

So the Westboro Baptist Church has vowed that its members will picket the funeral of legendary folk singer Pete Seeger, who died at the age of 95. 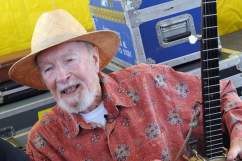 Pete Seeger Dead at 94: 5 Fast Facts You Need to Know

Recently, we’ve seen them promise to picket but never follow through, but this time it might be different. Rather than offhandedly use their “#picketfunerals” hashtag, they’ve sent out a considered tweet stating that they’ll bring their hatred to Seeger’s funeral. 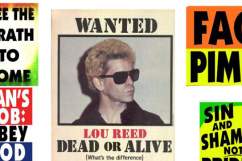