The nephew of model/actor Tyson Beckford, Domonic Whilby, has been named as the driver who allegedly caused the horrific MTA bus crash in Downtown Manhattan at 5:30 a.m. on February 12, reports The Daily News. Whilby had been out partying with his uncle the night before the crash occurred.

1. The Crash Killed an MTA Worker

The crash, which occurred at the intersection of 14th and 7th avenue, claimed the life of MTA bus driver, William Pena, 49, when he was thrown from the vehicle. He was pronounced dead at the scene, reports DNA Info. Witness statements indicate that the bus was slammed into by a delivery truck.

On his union website, it states that Pena leaves behind a wife and a 17-year-old daughter. He is the first bus driver to be killed while driving in New York City for 14 years, according to CBS New York.

MTA bus driver William Pena died on duty in this morning's crash with a box truck (courtesy of @TWULocal100) pic.twitter.com/U8G5jBHgLG

The collision sent the two vehicles skidding off the street, slamming into nearby scaffolding. In addition to killing Pena, a 17-year veteran of the MTA, the crash injured four people, including Whilby, according to DNA Info.

The transport union website says that one of the injured was a coffee vendor, Ashraf Marei. The other victims were one of his customers and a bus passenger, who both received minor injuries.

Whilby is being treated for minor injuries at Bellevue Hospital. He was knocked unconscious after the crash.

The entire MTA mourns the tragic loss of Mr. Pena, especially his colleagues at the Michael J. Quill Bus Depot in Manhattan. Our thoughts and prayers are with Mr. Pena’s family, and we are working closely with law enforcement to ensure the perpetrator of this crime is prosecuted to the fullest extent of the law.

Streets around the crash were closed to the public, causing havoc during the early morning commute for New Yorkers.

2. The Truck Was Stolen

According to The Daily News, the truck, driven by Whilby, was stolen. DNA Info reports that the truck was a granola delivery truck. The truck was stolen about four blocks away from where the crash happened. Cops had received a call just prior to the crash about a man “trying to break into 347 West 16th Street,” DNA Info reports. When cops showed up, a man said his truck had been stolen. By the time cops caught up with the truck, the crash had occurred. The vehicle belonged to 18 Rabbits granola.

3. Whilby Had Been Out Partying With Famous People

Whilby’s Instagram account shows him out celebrating Australian model Shanina Shaik‘s birthday on the night of February 11 in Manhattan.

The New York Post reports that Whilby attended the birthday party for Shaik at 1 Oak in the West Village in Manhattan. Also spotted at the celebrations was Paris Hilton. After allegedly being thrown out of the party, Whilby fell asleep in the lobby of the Maritime Hotel. He was kicked out of there and found his way to the granola truck.

Beckford pictured the night before the crash at the En Noir fashion in Manhattan. (Getty) 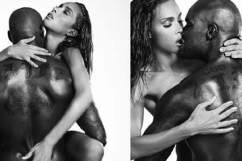 4. He Proudly Calls Himself a Stoner

According to his Facebook page, Whilby just moved to New Jersey from Griffin, Georgia. On January 25, he wrote on his page, “In less than two weeks I will be departing to NJ to claim it as my home. If anyone knows me they would know I have been wanting to attempt this move since graduating high school. Needless to say, timing is everything.” Throughout the month of January, his Facebook became a countdown for his move north.

He is a graduate of Griffin High School in Georgia. In April 2012, Whilby was extremely disturbed by the death of his friend Samantha Heard in a horrific car crash. 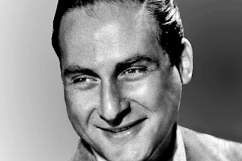 Sid Caesar is Dead at 91: 5 Fast Facts You Need to Know