The Portuguese soccer association has confirmed that Cristiano Ronaldo is suffering from tendonitis in the area around his left kneecap. He is still training with the Portuguese team in the build-up to the World Cup. With Falcao already confirmed as being absent for the greatest show on earth, the soccer world probably couldn’t survive losing CR7 as well.

Ronaldo’s injury proved that it might be somewhat of an issue based on his mediocre play against Portugal’s 4-0 loss to Germany.

1. He’s Been Training on his Own

Since Monday, Ronaldo has been training on his own. It’s been called “specially adapted, individual” training. He had joined up with the team on May 29. In a report, Portuguese authorities said the European Player of the Year has a “muscle injury on the back of his left thigh as well as left-leg patellar tendinitis.”

The BBC’s Health and Science reporter, James Gallagher, spoke about the injury:

Tendons attach muscles to bone and are a common source of injury in sport. Tendinosis is caused by long-term wear and tear of the tendon. Low levels of damage build up if there is insufficient recovery time between matches.

It is not the same as tendinitis, which is the result of overloading the tendon, resulting in inflammation.
Pain and difficulty moving are common to both injuries and rest is the main treatment.

Recovery times for tendinosis depend on the scale of the damage, but in the most severe cases could be several months.

2. Ronaldo’s Been Battling Injuries All Season

Throughout the 2013/14 season, Ronaldo had suffered minor injuries.

The cause of the injury is due to chronic overuse, according to Sports Center. Over the course of last season, Ronaldo played 47 games for Real Madrid.

4. This Could Be Great News for the US

Portugal begin their World Cup against Germany in Salvador on June 16. The Portuguese play the USA on June 22 in Manaus. The great Portuguese player, Luis Figo said in an interview about Ronaldo’s potential to bring Portugal all the way:

I think Portugal is not in the line of the favorites in national teams, but probably they are in the second line.

In Portugal’s first match of the World Cup against Germany, they were embarrassed by a 4-0 loss with plenty of missed opportunities. Ronaldo did not dominate the game as he usually does according to the CBS Sports live update:

Ronaldo has mentally checked out. His runs are lethargic, his movement isn’t great. Even his take-ons don’t have the same aggression they did in the early minutes.”

5. A Ghanian Witchdoctor Has Taken Credit for the Injury

A Ghanian witchdoctor has claimed responsibility for Ronaldo’s injury woes, reports The Guardian. Ghana play Portugal in their final World Cup Group G game on June 26. The witchdoctor, Nana Kwaku Bonsam, said “This injury can never be cured by any medic.” His name literally translate as the “Devil of Wednesday.” He predicted back in February that Ronaldo would miss the tournament. In an interview with a Ghanaian radio station, Bonsam said:

I know what Cristiano Ronaldo’s injury is about, I’m working on him. I am very serious about it. Last week, I went around looking for four dogs and I got them to be used in manufacturing a special spirit called Kahwiri Kapam. I said it four months ago that I will work on Cristiano Ronaldo seriously and rule him out of the World up or at least prevent him from playing against Ghana and the best thing I can do is to keep him out though injury.

This injury can never be cured by any medic, they can never see what is causing the injury because it is spiritual. Today, it is his knee, tomorrow it is his thigh, next day it is something else. 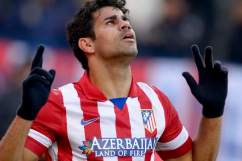 Loading more stories
wpDiscuz
0
0
Would love your thoughts, please comment.x
()
x
| Reply
Could the world's best player's World Cup be over before it starts?