Here’s what you need to know about Solo:

1. She’s Been Involved in Domestic Violence Incidents Before

Solo, featured above in an interview on E!’s Chelsea Lately after the 2012 Summer Olympics, married her former NFL-player boyfriend Jerramy Stevens, just hours after he was arrested for allegedly assaulting her. A stun gun was used to end the altercation and Stevens was never charged due to insufficient evidence.

According to the Kirkland Police Department, the 911 call which alerted police to the altercation was placed by a man, who said a woman was out of control and “hitting people” and would not calm down or leave the residence. Although cops say Solo was the primary instigator in the assault, her lawyer, Todd Maybrown, told the Associated Press in an e-mail that Solo was actually the one assaulted. He said:

Hope is not guilty of any crime. In fact, our investigation reveals that Hope was assaulted and injured during this unfortunate incident. We look forward to the opportunity to present the true facts in court and to having this matter behind Hope very soon.

Solo won two gold medals playing for the U.S. Olympic soccer team, the first in Beijing and the second in London. She told ESPN Magazine that, after her first gold medal win, she went on the Today Show still drunk from the festivities the night before. She said:

When we were done partying, we got out of our dresses, got back into our stadium coats and, at 7 a.m. with no sleep, went on the Today show drunk.

4. She’s Been Playing Professional Soccer Since 2003

Following an impressive college career at the University of Washington, Solo was selected fourth overall in the 2003 WUSA Draft by the Philadelphia Charge, before playing for Swedish and French teams in 2004 and 2005. She currently plays for the Seattle Reign FC. Solo joined the U.S. National Team in 2000.

5. She Wrote An Autobiography

Solo released her autobiograpy, “Solo: A Memoir of Hope” after the London 2012 Olympics. The book debut at No. 3 on The New York Times Best Seller list in the hardcover non-fiction category, the highest rank a soccer book has ever achieved. The book discusses Solo’s ascension to professional soccer and playing with stars like Mia Hamm, while also describing her earlier years. 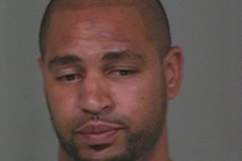