This is Wayne Rooney’s World Cup. England’s star striker is coming off of a difficult season with Manchester United in the EPL but that won’t count as an excuse for the English fans and media. So many limeys are pinning their hopes on Rooney having a successful tournament and leading England to glory in the World Cup.

1. Rooney Made His Professional Debut at Age 16

2. He’s Tied With David Beckham for England’s Red Cards at the World Cup

Rooney’s youthful enthusiasm may make him an asset to the team but he has a reputation, of his own admittance, to be a bit of a hothead. When he was sent off the pitch during the 2006 World Cup, England and Portugal still had an hour left on the clock and England was forced to play out the game with only 10 players. In 2009, when Rooney was awarded the England supporters’ Player of the Year award for 2008, he told the crowd that aggression had “always been part of my game.” 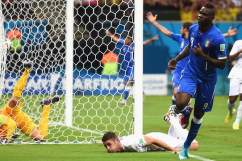 Rooney took the England Player of the Year Award not only in 2008 but the subsequent year as well. In the 2009–2010 season, Rooney was awarded the PFA Players’ Player of the Year Award and the FWA Footballer of the Year. He is tied for the record of most Premier League Player of the Month Awards, at five times, with Steven Gerrard. Despite a string of injuries in recent years, Rooney still remains one of the premier all-around strikers and league players in the world.

4. Rooney Is the Fifth Highest-Paid Player in the World

In February 2014, Rooney signed a contract that touted a $500,000 per week salary. The exorbitant contract was presumably put on the table after Rooney had begun to talk about leaving the club for another more successful team. When he signed the deal, Rooney had less than 18 months left on his contract. Many Manchester fans believe that Rooney can save the ailing club.

5. He Was Embroiled in a Prostitution Scandal

(Rooney and his wife, Coleen, watching a race at Aintree Racecourse in Liverpool, 2012 / Getty)

… while his wife Coleen was pregnant. Jennifer Thompson is a very high-end prostitute rumored to have slept with several professional footballers, who charges £1,000 per night. Seemingly unabashed, Rooney was found out after escorting Thompson to several VIP locations in Manchester. There were originally divorce rumors flying around regarding the scandal, but despite that Rooney was also allegedly caught with prostitutes in 2004, the pair had not divorced as of 2014. 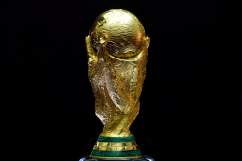 World Cup 2014 Stadiums: The Photos You Need to See