A female hacker by the name of “Lena” may have actually been behind the Sony hack, casting doubt on the FBI and studio’s claim that North Korea was the culprit. 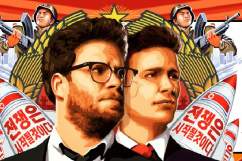 After doubt was cast on the possibility of North Korea having the capabilities to hack Sony, the final nail in the coffin of that theory was in an article put forth by Marc Rogers in The Daily Beast.

Rogers is the director of security operations for DEF CON, the biggest hacker conference in the world, and the primary security researcher for global CDN and DNS provider CloudFlare. He is also recognized as one of the foremost hacking experts.

The article he wrote was titled No, North Korea Didn’t Hack Sony and his hypothesis can be summed up like this: someone inside Sony wanted to humiliate the company. It was an inside job.

Kurt Stammberger, a senior vice president with cybersecurity firm Norse, echoed many… statements in a separate interview, and said that given the severity of the hack it had to have been an inside job.

That’s not all either, as he says their research seems to be pointing them towards a woman named Lena who even claims be a member of Guardians of Peace.

What the ambiguous term “studio insider” means hasn’t been clarified but CBS reports:

…data is pointing towards a woman who calls herself “Lena” and claims to be connected with the so-called “Guardians of Peace” hacking group… it’s identified this woman as someone who worked at Sony in Los Angeles for ten years until leaving the company this past May.

As some news sources have pointed out , North Korea’s alleged motivation for the hackings was to cancel the release of Sony’s The Interview.

However, this was put forth by some news organizations long before the responsible hackers confirmed them.

4. If True, It Would Mean the FBI Is Wrong

If Lena and her group the Guardians of Peace did in fact arrange the cyber attack on Sony, it would mean that the FBI report on North Korea’s guilt are wrong.

In a December 19 press release on the Sony hack, the FBI wrote:

As a result of our investigation, and in close collaboration with other U.S. government departments and agencies, the FBI now has enough information to conclude that the North Korean government is responsible for these actions.

5. It Would Also Mean President Obama Was Wrong

If the FBI is wrong, then their blunder goes all the way up to the executive level.

In President Obama’s last speech of the year, he weighed in on Sony’s capitulation to the alleged demands of the North Korean hackers.

You can watch it above.

Loading more stories
wpDiscuz
2
0
Would love your thoughts, please comment.x
()
x
| Reply
A female hacker by the name of "Lena" may have actually been behind the Sony hack, casting doubt on the FBI and studio's claim that North Korea was the culprit.