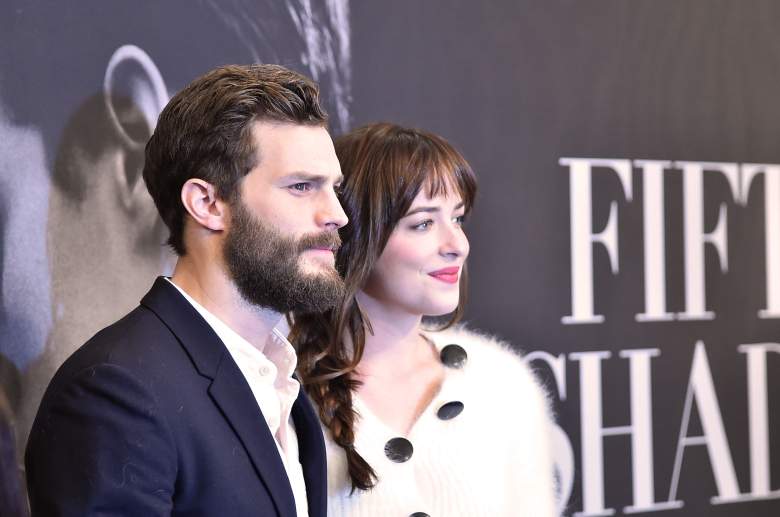 She says the much-anticipated big screen version stays true to the book’s centerpiece sex scenes “but doesn’t push the envelope.”

“If Hollywood still has doubts about whether women can dominate at the box office, the steamy — if occasionally stilted — adaptation of E. L. James’ S&M romance novel Fifty Shades of Grey should push them aside permanently,” writes Weitzman.

“Let’s be honest: Her writing is almost as famous for its cringeworthy dialogue as its unflinching sex scenes. So credit goes to director Sam Taylor-Johnson and her screenwriter, Kelly Marcel, who’ve stripped the first book of its biggest flaws, while still honoring its essence. And lead Dakota Johnson makes for an ideal heroine,” she adds.

Weitzman reveals that Grey’s “Red Room of Pain” is “generously stocked with every harness, flogger and shackle an R-rated movie can handle.”

But she adds: “Anyone hoping the movie would really push the S&M envelope may find Christian’s tastefully shot toy room a little…vanilla.”

The camerawork is designed “to show us plenty of skin with just a few full frontal revelations.” 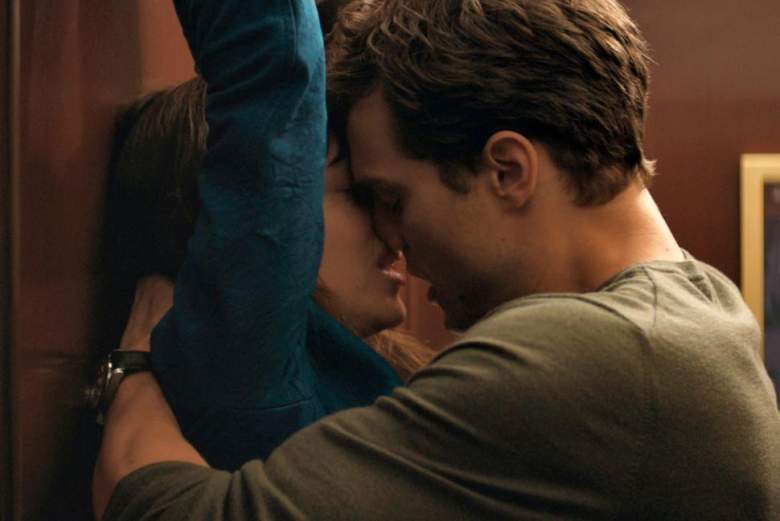 The reviewer isn’t a fan of Irishman Dornan as Grey, who “never evolves into anything more than a pretty face.”

But she says Johnson is “a true find. She’s so committed, she makes Ana’s every discovery – in or out of the bedroom – convincing.”

The movie version of Ana is, she says, is “smarter and sassier than her literary counterpart,” while Grey is “less creepy-stalkerish.”

But the supporting cast, including Marcia Gay Harden as Grey’s mom and Rita Ora as his sister, are “underused.”

The filmmakers earn points for cutting the novel’s “many excesses.”

Better still, writes Weitzman, “they upgrade Ana into a fuller, more interesting character worthy of her complex and intriguing scenario. If only we weren’t left wondering whether Dornan secretly wants out of his contract,” she finishes.

A look behind the scenes of the movie, which opens on Friday, can be seen here:

Loading more stories
wpDiscuz
0
0
Would love your thoughts, please comment.x
()
x
| Reply
The first review for 50 Shades of Grey is in. The NY Daily News praises Dakota Johnson as Anastasia but her chemistry with co-star Jamie Dornan "lacks sizzle."