Camala Rodriguez has won the Arnold Classic Figure International championship, held this year in Columbus, Ohio. Here’s what you need to know:

1. She Came in Third Last Year

The three top contenders this year were Keene, Rodriguez-McClure and Heather Dees, who came in second in 2014.

First prize at the Arnold Classic Figure International is $16,000. The event is billed as a multi-sport expo with a variety of aspiring athletes competing in many different events.

According to co-promoter Jim Lorimer:

“We are very proud to provide the opportunity for athletes, a majority of them youth, to compete at the largest multi-sport festival in the U.S.”

3. She Lives in Colorado

The 32-year-old Denver native is an avid hiker, who has said she and her husband enjoy climbing mountains higher than 14,000 feet, according to an interview in Muscle and Fitness:

“I recently got married, and my husband, Andrew, and I love to hike some of the highest mountains in Colorado—the ’14ers,’ which have an elevation of more than 14,000 feet. Last July, we summited the two largest mountains in the state—Mount Massive and Mount Elbert.”

4. The Arnold Sports Festival is Named after Arnold Schwarzenegger

The Arnold Sports Festival, which used to be known as the Arnold Classic,started in 1989, taking place every year  in Columbus, Ohio.

The event has focused on bodybuilding and fitness and a figure competition, and features a strongman competition, called the Arnold Strongman Classic.

The event attracts about 175,000 fans,18,000 athletes competing in more than 50 sports over eight venues across the entire city.

Rodriguez-McClure is the champion of the figure contest — but the ladies bodybuilding competition was dropped at the Arnold Sports Festival last year, called the Ms. International, after 25 years.

According to Lorimer, it was a question of changing tastes:

“The Arnold Sports Festival was proud to support women’s bodybuilding through the Ms. International for the past quarter century. But in keeping with demands of our fans, the time has come to introduce the Arnold Classic 212 beginning in 2014.” 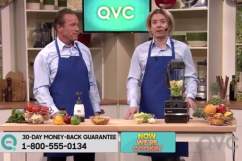 WATCH: Arnold Schwarzenegger on ‘Tonight Show’ – ‘Get to the Chopper!’