The girlfriend of oil fortune heir Andrew Getty been detained after he died from “traumatic rectal injury.” According to police, Andrew Getty’s girlfriend, Lanessa Grace-DeJonge, initially called 911 to say he had a heart attack. When cops got to his Hollywood Hills home, he was found dead. The oil heir was 44. The LAPD responded to his home in the Hollywood Hills at 2:18 p.m. on March 31.

1. Getty Died After a ‘Traumatic Injury’ to His Rectal Area

TMZ reports that Getty suffered a “traumatic injury” to his rectal area. The gossip site adds that Getty’s death is being treated as “suspicious” and that police had been called to his home on 31 separate occasions for domestic disturbance incidents. When the LAPD had been to the home before, both Getty and his girlfriend have been “under the influence of drugs,” say TMZ. Those drugs were prescription. According to police, a 40-something year old woman who was in Getty’s home is being treated as a witness and is co-operating with the LAPD. In a press briefing five hours after Getty’s body was found, LAPD Captain William Hayes said that officers were not convinced that a crime had taken place. A day after Getty’s body was found TMZ reported that Lanessa, 32, knew about a medical condition that Andrew Getty suffered from. They say that she used this to extort money from him.

2. Andrew Getty Had a Restraining Order Against Her

Getty had filed a restraining order against her two weeks before his death. The Los Angeles Times reports that she had recently been put on psychiatric hold with US Weekly adding that this was due to her allegedly attacking a police officer. An online record shows that she was arrested in June 2014 for a misdemeanor charge. TMZ reports that Getty’s restraining order mentioned that Lanessa was “deranged” and said that she argued with imaginary people.

3. In 2014, Lanessa Said That She Aspired to Be a ‘Spokesmodel for Trashy Lingerie’

On her Facebook page, Lanessa says that she’s a native of Gilbert, Arizona. In February 2008, she said she was in a “complicated relationship.” In an IMDB gallery from Comic-Con that same year, a photo of Lanessa on a red carpet read, “Lanessa Dejong, doing her best to get noticed.” Her IMDB page lists her as appearing in two indie movies in 2010 and 2011.

On Google Plus, her one contribution was to state, “I’m Andrew Rork Getty’s Ex-Girlfriend of 4 years. I have a beautiful body and face and am willing to be the spokesmodel for trashy lingerie and no less. Your business will skyrocket. Decide and reply…..” Her LinkedIn page calls her a “Model/Actress.” A separate page for her says she works in “Health, Wellness and Fitness.”

J. Paul Getty"Everyone talks about how much money I make. I wonder what sort of accomplishment it is to make a lot of money." –J. Paul Getty, 1958. "In my opinion, an individual without any love of the arts cannot be considered completely civilized." –J. Paul Getty, 1965. Mr. Getty's collection, bequest, and deep interest in the arts are the basis for the collections of the Getty Museum today. Many works of art have been acquired since his death, but those he personally collected can still be seen in the galleries. Love Art? Hit Subscribe! (https://www.youtube.com/user/gettymuseum?sub_confirmation=1)2012-02-01T21:29:03.000Z

The Getty family are one of the wealthiest in America thanks to their oil fortune. Andrew Getty’s father, Gordon, 81, is worth $2.1 billion, according to Forbes. His father, Jean Paul Getty, had founded the family business which saw him pass on an estimated $8.3 billion to his family when he died in 1976. The family moved extensively into philanthropy in the latter part of the 20th century, amassing a huge art collection which is on display at the J. Paul Getty Museum in Los Angeles as well as the Getty Research Institute.

According to his Facebook page, Andrew Getty is “self-employed.” He adds that he studied at New York University and is single. The New York Times reported in 1999 that Gordon Getty had fathered three illegitimate children with his long-time mistress. Andrew Getty’s mother was Anne Gilbert, he had three brothers, John, Gordon Jr., and Billy. The Times piece adds that the Getty boys are “members of San Francisco high society.” 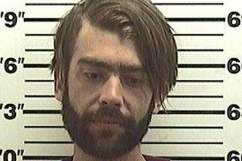