A Florida sheriff’s deputy who was shot by a suspect outside of an attorney’s office in Shalimar Tuesday morning has died.

Okaloosa County Deputy Bill Myers, 64, died later Tuesday, WJHG-TV reported. The suspect in the shooting, Joel Dixon Smith, 33, of Niceville, Florida, was killed by police after barricading himself in a motel,

1. He Was Shot in the Back After Serving a Domestic Violence Injunction

The shooting happened at about 8:20 a.m., the sheriff’s office said on Facebook. “An Okaloosa County Sheriff’s Deputy was shot this morning outside an attorney’s office on Plew Avenue in Shalimar. He was taken to Fort Walton Beach Medical Center,” the sheriff’s office post said.

The sheriff’s office told the Pensacola News Journal that Myers was shot in the back after finishing serving a warrant to Joel Dixon Smith at the Cotton and Gates Law Firm. Myers was walking outside when he was shot, the newspaper reported. One of the shots hit him in the back of the head.

Myers was taken to the hospital, where he was later pronounced dead. The suspect fled from the scene.

2. The Suspect Was Killed After a Shootout With Police

The suspect, 33-year-old Joel Dixon Smith, was killed at about 10:20 a.m. after exchanging gunfire with police at a motel in his hometown of Niceville, the sheriff’s office said on Facebook.

3. Myers Came Out of Retirement to Serve Warrants With the Sheriff’s Office

Myers retired from the sheriff’s office in 2013, after 25 years of service, but returned on a part-time basis to help serve warrants as part of the office’s Civil Process division, according to the Pensacola News Journal.

4. He ‘Had the Ability to Make Those Around Him Smile’

Okaloosa Sheriff Larry Ashley said in a statement to the Pensacola News Journal, “Deputy Myers has been a treasured part of this agency’s family since 1989. He served this community with distinction for decades. He was loved, admired, and respected for his dedication to the law enforcement profession. He loved photography and he had an ability to make those around him smile.”

5. He Enjoyed Photography & Taking His Granddaughter to Disney World

Myers enjoyed taking photos as a hobby, and posted his work on his social media pages.

The sheriff said in a statement that Myers “adored” his young granddaughter, who he “took to DIsney World as often as he could.”

“We pray for his soul and for his family and we ask that the community pray for them as well, and for all the men and women who have the courage in these troubled times to put their lives on the line for others,” Sheriff Larry Ashley said. 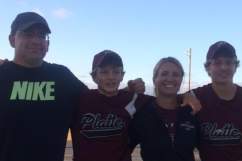 Loading more stories
wpDiscuz
0
0
Would love your thoughts, please comment.x
()
x
| Reply
Deputy Bill Myers, of the Okaloosa County, Florida, sheriff's department, has died after he was shot by a suspect outside an attorney's office.