Via Yob, here's the video of the alleged punch pic.twitter.com/jsZIVqhstO

John Yob, a top aid to Sen. Rand Paul, accused Sen. Marco Rubio’s deputy campaign manager of throwing a punch at him at a bar on Thursday night.

Rich Beeson, Rubio’s deputy campaign manager, and Yob were both on Mackinac Island on Thursday evening for a Republican conference where several GOP hopefuls are scheduled to speak this weekend.

Paul is expected to be on the island to speak at the conference this weekend. Rubio is not. The conference is hosted by the Michigan Republican Party and runs until Saturday morning. Here’s what you need to know:

“There was a complaint made of an alleged assault,” Mackinac Island police Chief Brett Riccinto told Politico. He added that he had not yet received video of the incident and did not want to make any official statement until he saw the moment himself. Riccinto did add that the complaint would be forwarded to a local prosecutor. 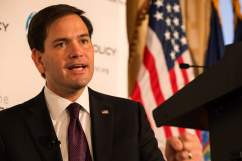 WATCH: Marco Rubio Says He Brought His Own Water to Debate 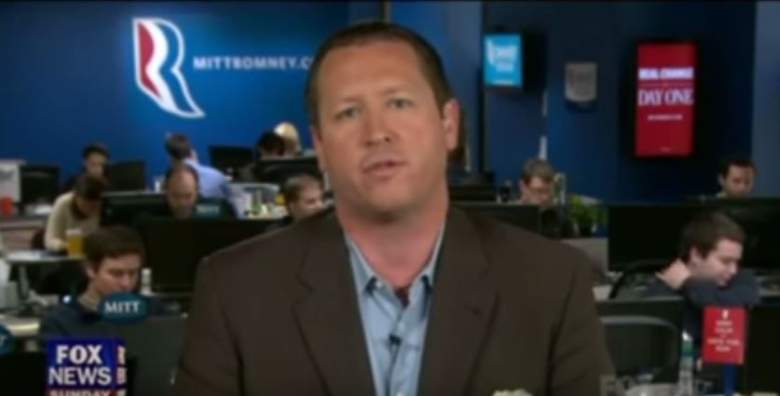 Beeson has an extensive background in political work and most recently helped work the Romney campaign in 2012. (YouTube Screenshot)

Beeson is currently working as Sen. Rubio’s deputy campaign manager on his presidential campaign. He has not released any comment on the alleged incident and has not updated his Twitter since September 17.

Rubio’s spokesman Alex Conant, however, told The Washington Post: “We’re aware of the media reports and seeking more information about what happened.”

Beeson, a veteran political operative and senior official on Mitt Romney’s 2012 campaign, joined Rubio in March 2015. Beeson, who has deep roots in Colorado, was credited with the primary state field efforts that helped Romney secure the nomination in 2012 and previously served as  Republican National Committee’s political director.

Rand getting ready to walk out for Amash endorsement… #StandWithRand pic.twitter.com/JKC3lyLVpT

Yob was hired by Paul in July 2014 ahead of his official announcement that he was planning a 2015 presidential bid. Yob was the third state-level hire by RANDPAC.

Prior to working with Senator Paul, Yob served as the national political director for John McCain during the 2008 primary and ran state and national convention operations for Rick Santorum in 2012. He’s also worked several campaigns in Michigan and helped elect Gov. Rick Snyder, Lt. Gov. Brian Calley and Attonrey General Bill Schuette in 2010.

Yob released a statement after he was hired by Paul, writing:

The Republican Party is going to need to learn how to reach out to non-traditional Republican groups in order to win a national election again given the changing demographics in a post-Obama era. Senator Paul has the ability to inspire a new generation of conservatives, libertarians, and disaffected Democrats in states across the country. I am proud to join the team and look forward to building the strongest political operation in America. 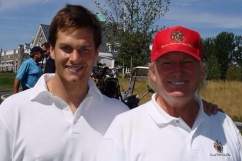 4. The Punch Reportedly Happened at Horn’s in Mackinac Island, Michigan

Horn’s Bar on Mackinac Island is a popular late-night spot for local and tourists. (Facebook)

According to West Michigan Politics blogger Brandon Hall, who wrote that he had witnessed the confrontation, “police were summoned” by employees after the “fight dispersed.” Hall added:

As I was sitting at the bar talking to someone at Horn’s in Mackinac Island Thursday night, I witnessed Beeson suddenly, out of nowhere, approach one of Rand Paul’s advisers, John Yob-unprovoked-and try to hit him. Beeson missed a full on shot but still struck Yob’s in the face with a powerful blow near the jaw.

Hall also wrote that Beeson, who was trying to “whip votes” on behalf of Rubio, has been banned from Horn’s by the owner and is no longer allowed at the bar.

5. Yob Is Calling For Beeson to be Fired

Although Yeb did not immediately respond to various media requests for comment regarding the alleged punch, he was still active on social media on Friday morning. He posted on both his Facebook and Twitter account, calling for Rubio to fire Beeson.

Meanwhile, the Mackinac Island Police Department is looking into the incident as well and Yob plans to press charges. He also contacted Rubio’s campaign director, Terry Sullivan, who first thought Yob was joking about the incident.

In an e-mail chain published by The National Journal, Yob wrote Sullivan, “Hey man you bet­ter wake up. Beeson punched me in the face. Cops in­volved.”

Sullivan responded just six minutes later, writing, “Well that if you were talk­ing shit I’m glad he did. Be­sides. We need more space and wanna take over your town­house when Rand is done.” However, as news started circulating about the fight on Friday morning, Sullivan was forced to change his position, writing, “I as­sumed you were kid­ding when you sent this last night,” Sul­li­van said. “Guess I was wrong. Sorry I didn’t real­ize it was a real situ­ation.” 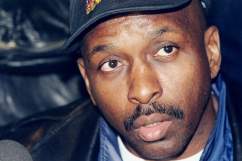