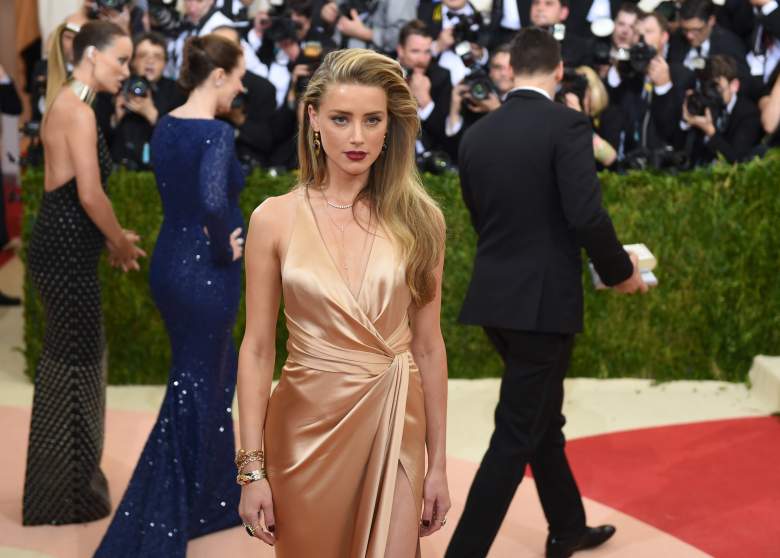 Amber Heard arrives at the the Costume Institute Benefit at The Metropolitan Museum of Art. (Getty)

After Amber Heard filed a domestic violence restraining order against Johnny Depp on Friday, images have emerged of the injuries allegedly caused by her soon-to-be-ex-husband.

TMZ obtained the following photo of Heard taken on Saturday night, the evening Heard says Depp smashed his iPhone on her face:

Heard says this occurred after an argument between the couple, during which Depp began breaking objects in their apartment. As Heard was speaking to a friend, she says Depp grabbed her phone and the friend called 911.

As reported by People, Heard had a visible bruise on her eye when seen leaving the Los Angeles courthouse today, nearly one week after the incident. A source told People that this was only the latest example of domestic violence in the relationship.

Heard filed for divorce on Monday, and today she requested but was denied $50,000 a month in spousal support. According to TMZ, the judge declined to order Johnny Depp to attend anger management. Heard also claims that Depp tried to pay her money to keep silent, but she instead filed for divorce immediately.

Johnny Depp’s sources completely deny Heard’s allegations and tell TMZ that she is “an affront to real victims of domestic violence.”

A statement from Depp’s representation read, “Given the brevity of this marriage and the most recent and tragic loss of his mother, Johnny will not respond to any of the salacious false stories, gossip, misinformation and lies about his personal life. Hopefully the dissolution of this short marriage will be resolved quickly.” 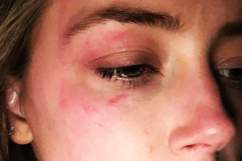