UPDATE: Dr. Michael Schulenberg has agreed to pay a $30,000 fine for illegally prescribing drugs to Prince’s manager Kirk Johnson to protect Prince’s privacy. The drugs were meant for Prince. You can read more about the settlement here.

You can read our original report below:

A Minnesota doctor who was at the home of Prince on the day his body was found had seen the pop legend twice in the weeks before his death, including the day before, and had prescribed him medication, a leaked search warrant reveals.

The physician, identified as Dr. Michael Schulenberg, 46, worked at North Memorial Medical Center, but has since left the practice, the Los Angeles Times reports. He previously practiced family medicine at the Ridgeview Medical Center, according to its website.

Prince’s cause of death has not yet been determined. Local police, with the assistance of the DEA and others, are working to determine if the singer died of a drug overdose and have been exploring whether he was battling an addiction to opioids prior to his April 21 death.

1. Schulenberg Has Been Practicing Medicine Since 1998

Schulenberg has been practicing medicine since 1998, according to the Ridgeview Medical Center website.

He graduated from Carleton College and the Oregon Health Sciences University. He is board certified in family medicine and completed his residency at St. PauL Ramsey Family Medicine Program, Regions Hospital.

Schulenberg recently obtained an MBA in health care from the University of St. Thomas in Minnesota, and was featured on a now-deleted YouTube video posted by the school in 2012. At the time, he was part of a “leadership group” at Ridgeview Medical Center.

“As a full-time family physician, that probably demands about 50 hours a week,” he said in the video, according to MPR. “I still deliver babies, so I can be called in on an unexpected basis and there goes my evening.”

He said in the video that he is a father of five.

No criminal or disciplinary records against Schulenberg could be found.

2. He Was at Prince’s House to Drop Off Tests Results When the Pop Signer Was Found Dead

Police said in the warrant that Schulenberg had performed “some tests” on Prince and the doctor was dropping them off at Prince’s Paisley Park home on April 21, the same day Prince was found dead.

Schulenberg also told investigators he “did prescribe Prince medications and the prescriptions were to be filled at a Walgreens,” according to the warrant. Prince had been seen at a Walgreens the night before he died, according to TMZ, which obtained a photo showing the singer at the pharmacy.

The warrant does not say what medications Schulenberg had prescribed to Prince.

3. Police Searched for Medical Records at the Medical Center Where Schulenberg Worked

According to the warrant, police also searched the North Memorial Medical Center, where Schulenberg was working at the time of Prince’s death.

Police said they were looking for “any and all medical records, documents, reports, charts, photographs, prescriptions, doctor notes and medical images for Prince Rogers Nelson.”

The warrant also states that Prince was treated for an illness at the Ridgeview Medical Center in Chaska in 2014 or 2015 and received fluids during the visit.

“That shouldn’t be a surprise to anybody that these records were examined,” Carver County Chief Deputy Jason Kamerud told the Los Angeles Times. He said the warrant was supposed to have been sealed and should not have been made public.

Kamerud said the case remains under investigation but did not say if Schulenberg could face criminal charges. 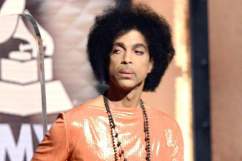 4. Prince Was Hospitalized in Illinois After an Emergency Landing 6 Days Before He Died

The search warrant also mentions that Prince was hospitalized in Moline, Illinois, after his flight made an emergency landing on six days before he died.

His plane made an unscheduled stop at Quad City International Airport in Moline, Illinois, at about 1 a.m., TMZ reported at the time. His representatives said Prince had been battling the flu and completed the trip home to Minnesota, about 40 minutes away, after a brief stay in the hospital.

But TMZ is now reporting that it was a drug overdose that landed Prince in the hospital in Illinois on April 15, not the flu.

The legendary singer’s overdose was triggered by Percocet, an opiate painkiller, TMZ reports. He was given the prescription drug for hip pain, the site reports.

Sources tell TMZ that Prince was given what the site called a “save shot” to reverse the effects of an opiate overdose. Naloxone, sold under the brand name Narcan, is a life-saving drug that is used as an antidote for opiate overdoses.

“Naloxone blocks or reverses the effects of opioid medication, including extreme drowsiness, slowed breathing, or loss of consciousness. An opioid is sometimes called a narcotic,” according to Drugs.com. “Naloxone is used to treat a narcotic overdose in an emergency situation. This medicine should not be used in place of emergency medical care for an overdose.” 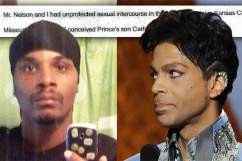 5. His Representatives Reached Out to Addiction Specialists a Day Before His Death

Prince was found unresponsive in his Paisley Park home. Police were unable to revive him with CPR. (Getty)

Prince’s representatives had reached out to an addiction specialist, Dr. Howard Kornfeld, just a day before he died, the Minneapolis Star Tribune reported.

Dr. Kornfeld couldn’t clear his schedule to arrive until April 22, the day after Prince passed away. He instead sent his son, Andrew Kornfeld, who works as a practice consultant at his father’s treatment facility, Recovery Without Walls, located in Mill Valley, California.

The younger Kornfeld arrived at Paisley Park at 9:30 a.m. on April 21 and was one of the three people who found Prince’s body in the elevator. He also made the 911 call because Prince’s staffers were in too much shock.

Police are now investigating after Andrew Kornfeld was found with an opioid in his possession. 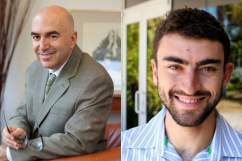