Since launching, the company, whose major demographic is children aged three to 12, has sold 500,000 Spooner Boards and just over 4500 Yardboards. They can be found in over 10,000 schools and over 1,200 toy stores nationwide.

As for what’s next for the boards that strengthen children’s balance and coordination, there are ambitious plans in the works. “If you can ride it, spin it, flip it, jump on it and have fun on it… we may soon be building it and selling it,” Putland and Guymer assured us.

They also hope that their company enjoys continued success well into the future. “We are committed to riding it for decades to come, maybe hand it down to the future generations,” they said. “In a short year we have made it through our first decade. Not bad for three surfer beach bums. People are astonished when we tell them we manufacture, package, distribute and ship everything ourselves right out of our little warehouse.”

Back in the summer of 2006, Randy was cleaning up the in the backyard of my surf shop in Old Town, San Diego. I had an old dog igloo I used for a form to build a barbecue for my wife Monica. I decided to put it in the trash, but it wouldn’t fit in the trash can. My jigsaw was close by so I grabbed it and started cutting. As soon as I started, I envisioned a skateboard deck in the curvature. I made six skateboard decks, I thought at the time. I put wheels on the curved plastic, but it was too curved and flexible and the bottom of the deck hit the cement. The next day my daughter and her friends jumped on them without the wheels and started playing for hours. The Spooner Board was born, just by accident. Later on we developed the Yardboard which was inspired from my childhood. I always loved surfing and skateboarding. As a kid we would find old trash can lids and slide them down hills. The Yardboard is based on this inspiration, an all-terrain down-hill slider for dirt, grass, sand, gravel, and snow!

A couple months after I cut out the first boards, my surfing buddy Bernie Miller walked in and saw them in action. He jumped on one and cranked out four of five 360’s. As soon as he jumped off, he said, “We have to make these!” So we went down to the Old Town Saloon, got a beer and wrote down a simple business plan. We did our research and development in a garage and applied for a patent. As a startup with a heavy workload, we picked up a young energetic guy, Reuben. The three of us bootstrapped the project and dug in. We lived through many highs and lows but with determination, we got it going.

Why P.E. Teachers Love Them

When we where still just getting started in 2008, our only sales outlet was a mall kiosk rented for the Christmas season. During the following year we began attending some Physical Education conventions and started demoing at schools. The teachers loved the fact that the boards provided an alternative to the traditional games and activities they had always known. They were able to capture the attention of the aspiring boarders, while giving everyone access to a fun and active product that would safely challenge their balance. Balance stations, Spooner games, and competitions where soon created. A Spooner P.E. curriculum was even published.

A few years back we were on a Made in America show with Diane Sawyer. It was fun and good for business. I’ve always loved Shark Tank and think of it as the Super Bowl of Entrepreneurs. Living in San Diego, I noticed a cold casting call in Los Angeles. So the Spooner guys got in the VW bus and rolled up to L.A. wondering if ABC would like the idea of some surfers making skateboard balance decks without wheels. So what do you know, ABC rocks…At first walking in with the lights shining we were a little nervous, but after a few minutes and a couple of laughs, the nerves disappeared. The Sharks made us feel comfortable right away. They seemed like regular straight shooters…although we knew they could probably buy a small country or two. We said before we went in, “Hey, it’s Go Hug a Billionaire Day!”

A New Product for An Older Set of Kids

We have a new product with a patent called The Yardboard. It’s the Ultimate All-Terrain Down-Hill Slider that’s a ton of fun. We are completely pumped on this and have started marketing it. It’s for the older kids more eight to 40 years old. Although we have just started selling this board, it has the old juice feeling we had when we started selling the Spooner Board. We are stoked on this product and there may be another on the horizon soon. 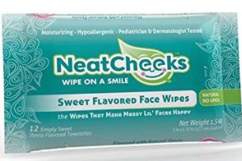 Loading more stories
wpDiscuz
0
0
Would love your thoughts, please comment.x
()
x
| Reply
Spooner Boards entered the Shark Tank with their kids' boards that teach balance and coordination. We interviewed the owners to learn more about the company.