Mia Shin, 56, was one of the victims of a possible double murder-suicide at a home in Rancho Santa Fe, California. (Facebook/Mia Shin)

The victims found at a mysterious crime scene near an elite golf club in Rancho Santa Fe, California have been identified as Mia Shin, 56, and Hannah Arya, 15.

The third victim was not immediately identified. CBS News 8 reports that a car at the scene was registered to Sayeh Amini, 52, Hannah Arya’s aunt. However, on July 1, the San Diego County Sheriff’s Department confirmed that Amini was the third woman found dead.

Police said that Amini was the suspect and stabbed the victims before stabbing herself.

The victims were found Monday inside the home at 17108 Via De La Valle. The home was owned by Michael Ayra, the brother of Amini and the father of Hannah Arya. He died in April from lung cancer. Shin was Michael Arya’s longtime friend and a real estate agent from Los Angeles, her brother told CBS News 8. Ownership of his house was transferred to his estate after his death.

This is a breaking story and the post will continue to be updated. Here’s what we know about Shin and the case so far:

1. Shin Was a Longtime Real Estate Agent With More Than a Decade in Experience

According to Shin’s LinkedIn page, she was a longtime real estate agent with more than 15 years of experience. She worked at Sotheby’s International Realty for four years, Crescent Heights for five years and most recently worked with Engel & Volkers BH WV.

She also has her own company, Mia Shin Inc.. She’s worked in the San Francisco Bay Area, Los Angeles Westside and started her real estate career by working in Rancho Santa Fe, La Jolla and Del Mar. She listed her mission as, “Moving the deal forward is the end goal no matter what the obstacles, as there’s nothing perfect out there; the intent then is to create beautiful functional space that works the way we operate today.”

Shin’s brother identified her as one of the victims in an interview with CBS News 8.

On her Twitter profile, Shin wrote in the bio, “Lover of the Arts, Architecture, Interesting people and Nature, Casa Blanca Lilies.”

“It didn’t always come easy, but she was great at what she did,” her sister told The San Diego Union-Tribune.

Sheriff’s investigators did not initially say how any of the victims were killed, the San Diego Union-Tribune reports. James Zolin, who sold Michael Arya the house 18 months ago, told the Union-Tribune that Arya once said he owned a gun.

A neighbor, Angela Bissett, told KGTV she heard a woman yell “Don’t! Don’t!” and then another yell “You son of a b*tch,” before she heard two pops.

Autopsies on all three women have been completed. Police said it was determined that Amini stabbed Shin and Arya multiple times before stabbing herself. Both Shin and Arya’s deaths were determined to be a homicide.

The house is valued at $1.3 million. It is now owned by Michael Arya Revocable Living Trust, but it’s not known who Arya left the home to.

Arya was also a real estate agent. According to his Facebook page, he was the CEO and founder at Global Capital Group, Inc. “He was really big in real estate. … He made deals, renovated homes and sold them,” Zolin told the Union-Tribune.

3. Police Received a 911 Call Reporting Child Abuse at the Home

The San Diego County Sheriff’s Department said Sheriff’s North Coastal Patrol Station deputies were called to the home after they received a 911 call reporting possible child abuse. When sheriff’s deputies arrived, no one answered. They looked through a window and saw a woman on the floor. They then forced entry into the house and found two more victims, the sheriff’s department said.

Deputies said the victims were found “with obvious signs of trauma,” police said in a press release.

“They were able to look through a kitchen window and they saw what appeared to be a female adult unresponsive inside the house,” Lt. Kenneth Nelson, San Diego County Sheriff’s Department, told CBS News 8.

Hannah, who had been living in Oregon with her mother since her father’s death, was on vacation visiting extended family in Rancho Santa Fe, her uncle said. She was staying at her father’s house with Shin, who was acting as a “chaperone” of sorts, Shin’s sister told the San Diego Union-Tribune. 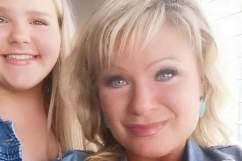 4. Arya’s Russian Girlfriend Wasn’t One of the Victims, According to Reports

Zolin told the San Diego Union-Tribune Michael Arya was dating Marina Ryzhkova, 29, of Russia. She was taking care of Arya after he was diagnosed with lung cancer. CBS News 8 confirmed that Ryzhkova was not one of the victims and went back to Russia.

“She said she was probably going back to Russia,” Zolin told ABC News 10. “And I said give us a call, come on over and let’s talk but she never did call and I don’t know if she went back to Russia or not.”

Zolin also told the Union-Tribune that Ryzhkova spoke to his sister and was “distraught.” He remembered her saying that the family “want[s] me out” of the house.

5. Arya’s Will & Burial Was at the Center of a Family Dispute, a Friend Says

A Family friend told CBS News 8 that there was a family dispute over Michael Arya’s will and burial between Hannah Arya and Sayeh Amini. However, detectives have not released a motive for the killings.

“There were some, maybe some arguments about how he split the estate. He wanted to give the girlfriend a little bit more and the daughter,” Cyrus Moinzaeh, a neighbor, told NBC 7 San Diego.

But police are not looking for any other suspects in the case, they said. “Based on the initial evidence, detectives do not believe there are any outstanding suspects in this case,” police said. 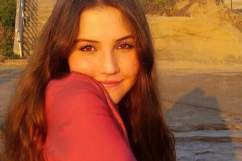